The Super Eagles Coach, Gernot Rohr has expressed worry over the teams goalkeeper, Francis Uzoho’s inability to maintain the number one spot in his Segunda Division Club, Elche. 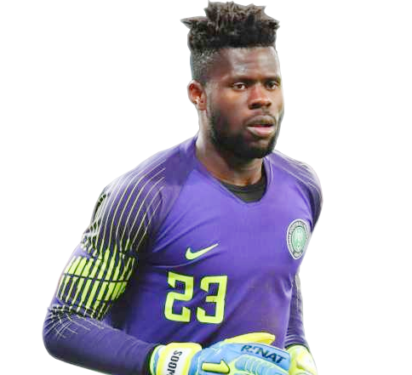 Rohr made the comment on the side-lines of the Nigeria Professional Football League (NPFL) Match Day 4 between MFM FC and Rangers International FC of Enugu.

NAN reports that the Super Eagles gaffer was in the stands to watch out for outstanding players among the NPFL players.

Reports have it that the Uzoho, 20, and Eagles number one shot stopper who recently quit bachelorhood has fallen down the pecking order in the goalkeeping role for his club in Spain.

The lanky goal tender is now used sparingly after the club, Elche procured the services of another goalkeeper during the winter transfer, a development the Franco-German coach is not comfortable with.

Rohr said that though Uzoho remains in his plan, his inability to peg a starting role for his club is a source of concern.

“I am watching the development of our number one goalkeeper, Uzoho, because his club has bought a new goalkeeper and he is now in second place with them.

“I will like to see him as number one goalkeeper and not a substitute in a Spanish second league. I know that the level is high in Spain.

“We also have other players in Spain doing very well because I do monitor them to see how they are doing, their progress and fitness,” he said.

Rohr said that he was however happy that some other players plying their trade in Spain are having the needed playing time and doing well with their clubs.

“Samuel Chukwueze and Kenneth Omeruo are presently doing well and I am happy with that because they are part of the main team.

“When I first invited Chukwueze to the team, many were surprised with my action, but then, I knew his level, that he has lots of quality and he is already showing that.

“Same thing with Omeruo when he played the last game for us in South Africa, he is a good central defender and I am happy he is being recognised in his club.

“We also have Moses Simon who did very well in the game against Barcelona FC in their last game. We also have him in our plans too,” he said. (NAN)