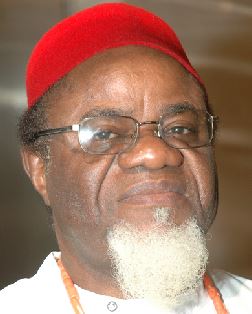 Reacting to the development on Friday, former governor of Anambra state, Chukwuemeka Ezeife described the choice of Peter Obi as great, adding that he was not wasteful in the management of resources while serving as governor.

“Peter Obi is a great choice. He brings his business intelligence into governance. He is not corrupt and as a governor, he was not wasteful. I must say that I am very happy,” he said.

On his part, National Vice Chairman (South) of the PDP, Eddy Olafeso told Saturday Vanguard that Peter Obi ‘s success story as a businessman would help in reviving the nation’s economy upon the victory of the PDP.

“As a National Vice Chairman of the party, I hail the decision to pick Peter Obi as running mate to our Presidential candidate. The decision to pick him is based on his outstanding performance as governor of Anambra state. He is a successful businessman and we expect his experience to translates into good governance for our nation,” said Olafeso