A 9-year-old boy in Broward county in the U.S. state of Florida was placed on home detention on Thursday after he pointed his father’s loaded handgun at three classmates at school, according to local authorities. 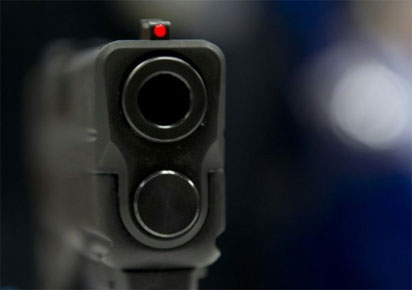 The police said with a loaded gun in hand, the boy, a third-grader, made “threatening comments” to the victims who the boy claimed had bullied him, saying “you see this, this is a real gun.”

The school resource officer managed to take the gun and arrest the child without causing any incident.

While saying that the boy would face charges of firearm possession on school property and three counts of aggravated assault, local authorities didn’t reveal the identities of the child and his parents because of the boy’s age.

During a court hearing, Broward County judge Elijah Williams ordered the boy to be detained at home for three weeks without access to the Internet, social media, guns or weapons and to not contact the three boys he pointed the gun toward.

Local authorities said the case is still under investigation.

Gun-related juvenile violence is a widespread problem in the U.S.

In July, a 2-year-old girl was fatally shot by a 4-year-old boy in the U.S. state of California. (Xinhua/NAN)

2018-10-04
Previous Post: Nigeria at 58: are we ready to try something more radical?
Next Post: APC primaries: Gov. Bello of Niger calls for calm