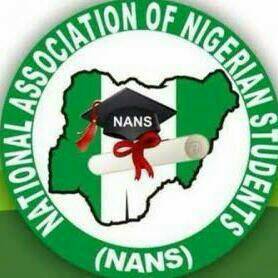 Youth empowerment is the pathway to the future we want for all. It offers a framework to generate economic growth, achieve social justice, exercise environmental stewardship and strengthen governance.

The leadership of over 30.1 million students, which is also the second largest students movement in the country frown at President Mohammed Buhari rejection on the Peace Corps Establishmemt Bill.

The leadership  on Tuesday feel sadden  that the President witheld his assent to the Nigerian Peace Corps (Establishment) Bill passed by the National Assembly in 2017. We are reacting to this statment today because, we have gotten the neccessary informations needed.

We carefully listened to the letter read by the Green Chamber Speaker, Hon. Dogara, he gave reasons on why the president did not assent the bill.
The letter states that, there will be financial implications and duplication of duties of existing security agencies.

Also, we took our time to read Nigerians view on this issue and we came to a conclusion that the government wasn’t ready to help the youths of the country and also, not willing to help it citizens on the security challenges facing the country.

We must use this avenue to inform President Buhari that this move had killed millions of hope and hard work. It took some people’s effort nationwide to come together and task themselves on the creation of a security platform for the benefit of the government and it citizens (especially the youths). All that had just been thrown away like a bin.

Reading the roles of the Peace Corps again and again via there website, “peacecorpsofnigeria.org” gives NAPS the hope that the security organization had set it target to the youths and not the old cargos.

The President needs to reconsider his stance and assent to the bill, so as to save millions of Nigerian youths who had hoped that the Peace Corps of Nigeria would provide means of livelihood for them. Also, the country cannot spend too much on security.
Our lives begin to end the day we become silent about things that matter. We call on all purposeful and patriotic Nigerian to support/embrace youth empowerment of our dear country,as security of life remains everybody business.

We applaud the gallant men who are behind the creation of the Peace Corps, NAPS urgue you not to relent on your efforts to make this country great. We are here as partners to any organization that is ready to promote the good image of Nigeria. There is light at the end of the tunnel!

NAPS condemn the Nigeria Police Force for closing down the Peace Corps headquater for a very long period of time. We are aware of two court orders asking the Police Force to open the building. We believe that the Police should be the first organization to have respect for the rule of law. We also understand that many security organization fraustrated the process.

On a final note, NAPS urgue the National Assembly to rescue the youths. The only way is to recall it back to parliament and muster the two-thirds in the House and Senate and pass the Peace Corps Establishment Bill in spite Mr. President’s veto.