ATF identifies lack of sponsorship as bane of sports dev’t 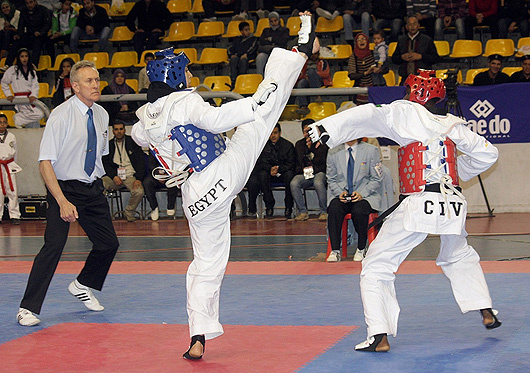 Jonathan told the News Agency of Nigeria (NAN) in Abuja that there was need for corporate bodies to sponsor sports competitions to aid sports development.

He recalled that the just concluded 2019 Nigeria International Taekwondo Open was not as expected due to lack of sponsors.

“The Ministry of Youths and Sports should look inward and pay more attention and support sports federations.

“The NTF has a board that is willing to take taekwondo to the next level; the board has the willingness and the technical know-how to develop the sports in Nigeria.

“We cannot be running the game and grow it without sponsorship.

“The government in particular should put in place a system that will help individuals and corporate bodies to have interest in sports sponsorship.

This is because without a good system, people will not be interested in funding sports.’’

Jonathan, however, commended NTF for successfully hosting the 2019 International Taekwondo Open, adding that it was a good opportunity for young taekwondo athletes to get more experience and excel in future competitions.

He noted that most Nigerian taekwondo athletes that took part in the championship did so on their own, nobody to sponsor them.

“All those players that came here paid from their pockets, they paid thousands of naira to come here to compete, just to get a point.

“If you gather points, it makes you to go ahead in tournaments. Our people don’t have enough tournaments due to lack of sponsorship.’’

Nnaji said that lack of sponsorship caused lack of championship resulting in lack of exposure athletes, leading to their poor performances at national and international tournaments.(NAN)