Jay-Jay Okocha believes that for his former side Paris Saint-Germain, winning the Champions League is a matter of when, not if. 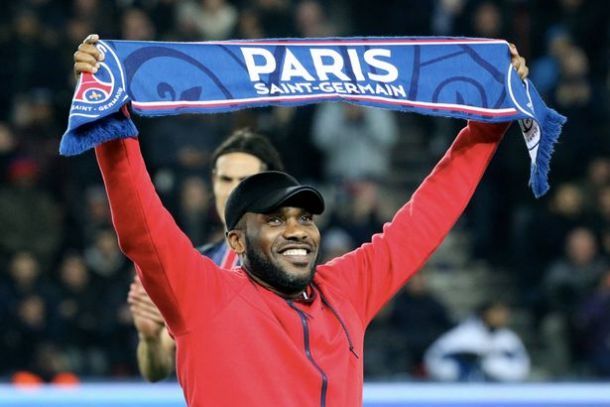 Despite heavy investment in recent years from the club’s Qatari ownership, PSG have not made it past the Champions League quarter-finals since they were knocked out at the semi-final stage in the 1994-95 edition.

Though PSG have been frustrated recently in Europe’s premier club competition – including back-to-back last-16 exits – Okocha believes that a Champions League trophy will eventually come to Paris.

“I have no doubt that at some point they will win the Champions League, it is a matter of when,” Okocha said.

READ ALSO: Mbappe is most valuable player in the world

“You know because not just as a former player of PSG, I’m a big fan of the club too, and I also put pressure on the team to try and win the Champions League because that is the only thing I believe that the club is missing for now.

“I think they brought some players to help the younger players believe that is possible. And for me maybe that is the little thing that is missing: belief that they can do it.

“And once they win the first one, I think it won’t be that difficult again.”

If PSG are to win their first Champions League this season, they will have to get past last-16 opponents Manchester United without Neymar, who could miss the rest of the season with a foot injury.

Even without the Brazilian star, Okocha is confident that PSG can still get the job done against United.

“But PSG have got a [lot of] great players and injury does happen sometimes, and we expect the others to do the job. So, I have no doubt that the other players will get the job done.”

Neymar’s time at PSG has been filled with rumours that he could be looking for a move away after initially joining the club in a world-record €222 million transfer in 2017.

Okocha isn’t too concerned with the gossip, though he does hope the 27-year-old will stay with the Ligue 1 champions for a long time.

“There always be rumours. That is also part of the game because it is a global game and a massive business,” Okocha said.

“When you have a lot of interest like that, there will be always speculation and rumours. So I don’t know what will happen in the future.