The 3rd edition of the annual Principals Cup football competition for all secondary schools in Delta state is fast gathering momentum in the 25 Local Governments in the state. 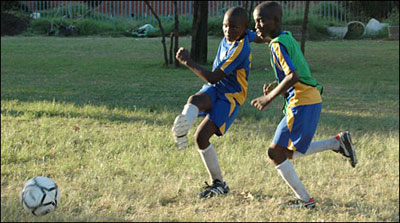 The competition which started on October 31 at the Stephen Keshi Stadium in Asaba is sponsored by Zenith Bank plc. The Governor Ifeanyi Okowa administration on two years ago revived the competition in partnership with Zenith Bank to give the talented youths in the state hope of making a living in the round leather game.

In some of the matches decided so far, Good Shepherd Catholic Boys Secondary School, Oyede, were ruthless as they walloped Vision International School, Ozoro, 8-0. Good Shepherd recorded the emphatic victory courtesy of a brace from Martins and Batholomew respectively while Akpan and Oyowe got a goal each.