HiFL 2018: Final matches to go on as planned 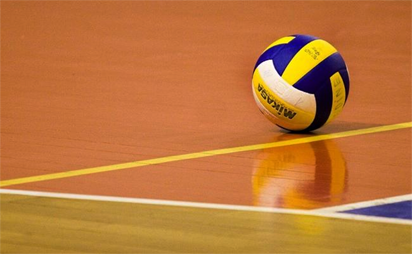 Fijabi also said that there is no injunction from the court stopping the final match neither was there any injunction restraining the firms media partners from covering the event.

Fijabi made the statement yesterday while reacting to an alleged court injunction obtained by one Alhaji Shuaibu Gara-Gombe, CEO of Green White Green Centre Limited.

According to the statement, “the matches scheduled for Saturday, November 3rd will hold as planned.”

“Our attention has been drawn to a press statement released in the national dailies by Alhaji Shuaibu Gara-Gombe, CEO of Green White Green Centre Limited, alleging that an injunction has been granted by the Federal High Court, Ikoyi to stop the forthcoming final of the Higher Institution Football League (HiFL) Finals scheduled to hold on Saturday, November 3 rd , 2018.

The statement also alleged that the Order also restrains our media partners, Complete sports, Brila FM and Super Sports from any further coverage or promotion of any of the games or football matches under the HiFL platform pending the hearing of the Motion for Interlocutory Injunction.

After due consultation with our legal team, we have been reliably informed that no such injunction has been granted by the Federal High Court. We believe that this is a plot by Alhaji Gara-Gombe to disrupt the arrangements in place for the scheduled matches.

Therefore, please note that the matches scheduled for Saturday, November 3 rd will hold as planned as arrangements are still in place to ensure same.

We would also like to use this medium to reaffirm our appreciation for your partnership/sponsorship and support through this maiden edition of the Higher Institution Football League (HiFL) 2018. As organizers of HIFL, it was our expectation that the League would enhance the development and exposure of sporting talents across our higher institutions and holds the potential to place Nigeria on the global sports map, particularly in the collegiate sports community and beyond.

We are proud and confident to note that with the support of our partners through this maiden edition, we have been able to achieve a sterling feat and we are hopeful of your continued backing in future editions.”