The Delta House of Assembly candidate for Warri South-west constituency under the All Progressives Congress, APC, Mr. Eyengho Besidone has called on the people of Ogbe-Ijoh and Aladja Community to sheath their sword, noting that continuous negotiation still remains the best option to lasting peace.

Eyengho Besidone Campaign Organisation made the appealed in a statement signed by its Media Committee Chairman, Mr. Aletile Harrison Ejueyitsi yesterday in Warri. 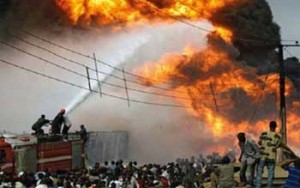 The statement read, “As a people, we must not allow our difference in tongues to be a limitation. We must also learn from the Okere and Okere Urhobo ethnic crisis apparently, the presence of infrastructural development and consistent peacebuilding process brought an end to the mayhem and currently the Okere and Okere Urhobo communities now all live in peace and harmony.

“We urged both the Ogbe Ijoh and Aladje Community to give peace a chance, the said parcel of land cannot be compared to the lives lost so far

“We call on the state and the federal government to as a matter of urgency to wade into the crisis with an aim of finding lasting solution’’.