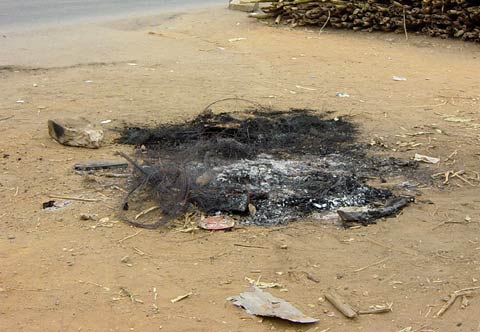 It was gathered that the victims of the jungle justice were caught while trying to rob some residents.

It was further gathered that the suspects appeared to come from outside Obot Akara Local Government.

We pay N100 daily to sleep under Oshodi Bridge – miscreants

A source disclosed that the three suspects, who were beaten thoroughly before they were set ablaze, were in their late twenties.

According to the source, “I was told that those boys were among the robbery gang that had been terrorising the community for some time now.

“They may have been burnt because of the terror that the gang had unleashed on the community. I think we should do away with this practice of taking laws into our hands.”

Contacted, Police Public Relations Officer in Akwa Ibom State, DSP Odiko Macdon, said he was yet to get a report from the DPO in Obot Akara.