Technology company, Dochase, has developed a computer application software that is capable of locating consumers of certain kind advertisement on the internet and delivers it to them. 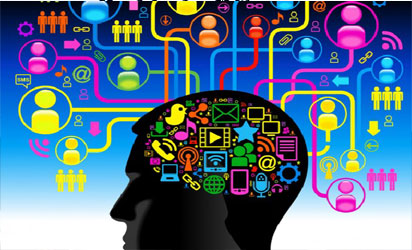 “Over the years, we have discovered that 75 percent of media spending, especially on adverts is wasted, and this is because the advertisers are probably advertising to people that have no connection with what they want to project. You are probably advertising diaper to everybody in the society, whereas diaper is supposed to be advertised to nursing mothers,” Goodnews said.

He said nursing mothers visit sites and consume media that talk about taking care of babies and how to handle infant issues. He said through the key words they use in their search; the technology can get insight of all the people who fall within the group of nursing mothers and push the diaper advert to them on those places they spend their time on the internet.

He said when adverts are pushed out on the internet without identifying or having insights of the people the advert is intended for, it gets wasted.

“We now looked at how we can solve all these things. We saw that a major way to solve it is let’s apply data to it. That is, we harness data of people who fall within that expected potential customer of each product and target them,” he said.

He explained that while Nigeria probably has about 45 million people on the internet, “but you cannot be advertising to 45 million people. You need a fraction of those people who are your direct and potential customers. And how do you know them, you need to get their insights. And that’s why we developed this technology that use data to bring out those kinds of insights,” he said.

He explained that with the huge number of people on the internet, the technology is able to take it down to those people who have the potential to buy the products.

He said an aspirant for instance who wants to reach people in his constituency in Lagos State, won’t need to advertise in Delta or the entire country because such advert will be misplaced.

“We break it down, using our parametres to target only Lagos State.  For brands, it can be used to do media buying by getting insight of who should be your customers and creating campaign that will appeal to those people and using the right media that those people consume,” he explained.

He said the technology can also categorize people into those who have the potential to do shopping, those who are likely to travel and other such groupings.

He said the technology is a win-win for all those involved in the chain.

Onwukeme, on his part, said it is regrettable that a good number of publishers in Nigeria and Africa are still operating on the old form of media buying and media sales, while Europe and America are moving into programmatic.

“Publishers need to understand that when you open up your website, which is like a piece of land you sell every day, you have 10,000 people that visit your website, so you have 10,000 people you can optimize.  Using Dochase, it helps you to open your inventory to multiple sources, whereby as we know the benefit of a free market, people tend to compete and get the best benefit,” he said.

Dochase started its programmatic business two years ago as a Nigerian business, now becoming a programmatic influencer in Africa. It recently represented Africa in the global gathering of advertising technologies including Google, Facebook, LinkedIn which held in Germany.