Bayern Munich president Uli Hoeness affirmed his strong support for coach Niko Kovac, as the Croat came under intense pressure over a winless run capped by a stinging 3-0 defeat at home. 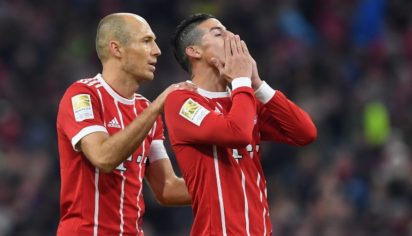 “I will defend Niko Kovac to the end,” declared Hoeness in an interview with Kicker magazine.

Separately, Hoeness told the daily Sueddeutsche Zeitung he stands by the German-born former Croatia midfielder, “regardless of what happens in the next weeks”.

Kovac only took over at Bayern over the summer and was portrayed as a long-term leader after the venerable Jupp Heynckes had successfully steadied the ship for a season on a temporary basis after Carlo Ancelotti was sacked.

But the Bundesliga champions are struggling to end a winless run, with the humiliating defeat at home to Borussia Moenchengladbach leaving them sixth in the table.

Hoeness also rubbished any talk that the Bundesliga giants were in a state of panic after going four matches without a win.

“There’s complete peace in the team,” he said.

Despite woes on the pitch, the squad was all smiles as they posed for pictures dressed in lederhosen at the closing day of the Oktoberfest in Munich on Sunday.

Kovac acknowledged that patience could run out if he fails to nudge Bayern to turn the corner.

“I know the mechanisms in football, I know that time runs differently at FC Bayern than elsewhere,” said the 46-year-old.

His squad will get to change its trajectory on October 20, when they are due to travel to Wolfsburg for their next league game.