A Liverpool fan was injured after being attacked in the centre of Naples ahead of Wednesday’s Champions League game, Italian police said. 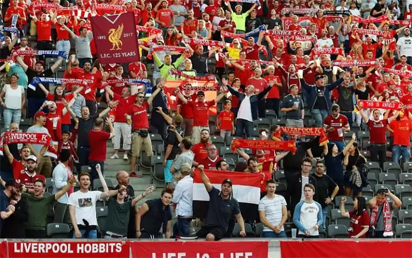 The 26-year-old was drinking with a group of friends outside a cafe on via Cesare Rosaroll in the city’s historic centre just after midnight when they were accosted by a group of local men.

The young man was taken to hospital and treated for cuts and bruising notably to his face and knees, police said according to the AGI news agency.

He was given medication and later discharged with a full recovery expected in two weeks.

Police said video surveillance cameras in the city centre would be used to try to identify the assailants.

Napoli take on Liverpool in the second round of Champions League group matches with kickoff at the Stadio San Paolo at 1900 GMT.

The English club sit top of Group C after beating Paris Saint-Germain 3-2 in their opener while the Italians were held 0-0 at Red Star Belgrade.