The Reds were beaten 4-2 by Roma on Wednesday evening but have progressed to the final against Real Madrid with a 7-6 aggregate victory.

Senegalese international, Mane opened the scoring for Liverpool in the ninth minute and the Senegal international’s goal secured his place in the Champions League record books.

Real Madrid’s attacking trio of Ronaldo, Bale and Benzema scored 28 goals between them in the 2013-14 Champions League season.

But Liverpool’s front three of Salah, Mane and Firmino have overtaken that this term by scoring 29 goals between them so far, including the qualifying stages.

Barcelona’s attacking three of Lionel Messi, Neymar and Luis Suarez did come close to breaking the record held by Ronaldo, Bale and Benzema by scoring 27 goals in the 2014-15 season. 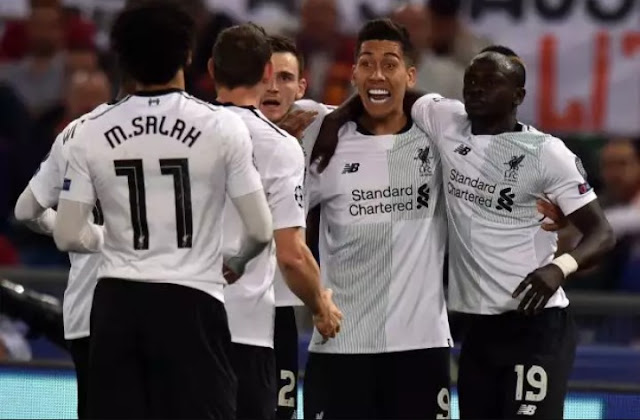