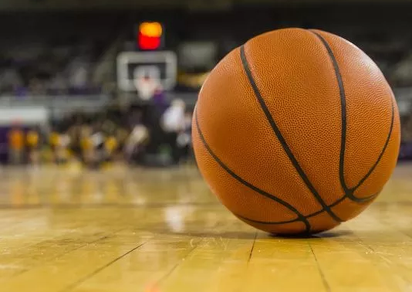 Listening to the NTA a couple of days ago, I saw the leadership of the Federal Ministry of  Sports and Youth Development beating their chest and saying that one of their achievements was the democratisation of the National Sports Federations.

One is, however, bound to ask Barrister Solomon Dalung, the minister and the Permanent Secretary, Mr Olusade Olusola how sports federations had a change of leadership if there was no democracy within the system.

It is pertinent to tell these men that before they came on board as leaders of the sports ministry, the federations have had elections even though they have never been done according to the international best practices.

Starting from football, the government through the sports ministry had always drawn a list of prospective Board members, including representatives of the Armed Forces and the police to reflect the military nature of the country’s politics at the time.

Among these selected members are four designated as Government nominees. And usually, one of these government nominees is usually crowned as the chairman of then Nigeria Football Association, NFA in a make-believe election.

FIFA never knew how elections were conducted in Nigeria until the emergence of Alhaji Ibrahim Galadima who started the process to put in place a proper structure to really democratise football election in Nigeria. It was also that time bodies which had no direct relevance in football administration were removed from the Board.

The next to truly democratise its election process was the Nigeria Basketball Federation, NBBF. Again following the controversy that greeted its 2013 election where some who felt that they were denied membership of the Board, petitioned the world body, FIBA  and the International Olympic Committee, IOC.

Shocked that the NBBF election was conducted by the sports ministry, the IOC then wrote to inquire from its Nigerian affiliate, the NOC which “lied”, according to then NOC scribe, Tunde Popoola to the IOC “to save Nigeria from sanctions”, because the IOC believes that sports federations should conduct their own affairs independent of any outside influence, in our case, the sports ministry.

After this, the NOC then wrote to all sports federations that they all should draw up their own constitution and get it endorsed by their Congress because from 2017, they would conduct their elections themselves.

It was on this basis that the NBBF started the process of its Constitution drafting which it sent back and forth to the same FIBA which helped to dot the Is and dot the Ts and asked that it is endorsed by the General Assembly.

This was done at the General Assembly held in January 2017 attended by the NOC president, Engineer Habu Gumel and a director in the sports ministry, Mrs Hauwa Kulu-Akinyemi who represented the sports minister.

Of course, the confusion started and FIBA had to write to say both elections were faulty and it cited portions of its Statutes to buttress its position. Rather than direct that the status quo remains or a caretaker put in place to direct affairs until an acceptable election is held, FIBA wrote that it will communicate with the faction supported by the sports ministry.

The other faction which was from the existing Board believed in due process and accepted the timeline drawn by FIBA to help resolve the leadership crisis. The steps drawn by FIBA which included consultation with relevant stakeholders, first revision of the Statutes, second consultation with relevant stakeholders and final revision and approval of the Statutes by FIBA had deadlines.

The first three steps had been taken which lasted from July 30, 2018 through August 31, 2018 to September 14, 2018. Only the last step, that is the final revision and approval of the Statutes by FIBA which would have been concluded by October 15, 2018 was still pending before the sudden demise of the FIBA secretary general, Mr. Patrick Baumann two days earlier.

The basketball family worldwide were shocked and thrown into mourning. This affected the reconciliation process put in place by FIBA on the NBBF crisis. However, a new secretary general, Andreas Zagklis has been appointed to replace late Baumann and the mourning period is over and business is supposed to have resumed fully in FIBA. At least the 2019 World Cup qualifiers which started on Friday will end today with Nigeria’s D’Tigers taking on perennial West African rivals, Senegal in Abidjan, Cote d’Ivoire.

The body language of FIBA does no show one of neutrality any longer. This is so following utterances by one faction in the NBBF crisis which beats its chest that there will be no election till 2021.

FIBA’s silence so far on the resumption of the conflict resolution means one thing, that it has either been compromised or has taken a side. If it so, it will not augur well for its reputation around the world. It also shows that the NBBF crisis still has a long way to go. That way, the game will continue to suffer back home since FIBA seems only interested in national teams.