Colin Kaepernick, whose kneeling protests sparked a firestorm of controversy, has reached a settlement with the NFL over his collusion grievance against the league, his attorneys said Friday. 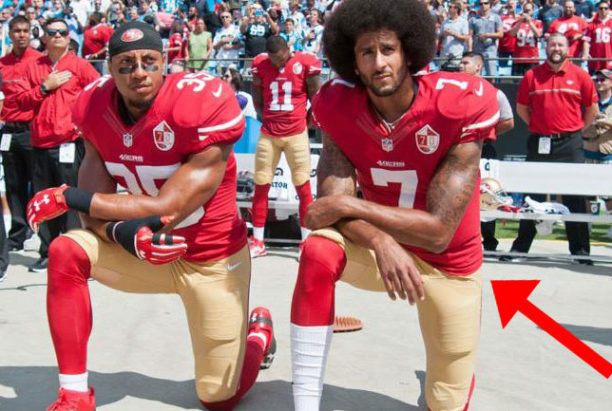 But a confidentiality clause will keep details of the arrangement private, the deal being made ahead of a planned final arbitration hearing on the grievance that was to be heard later this month.

Kaepernick and former San Francisco 49ers teammate Eric Reid both filed a lawsuit against the NFL saying owners and officials colluded to keep them off NFL rosters for their decision to make a kneeling protest during the US anthem.

Reid signed a one-year deal as an injury replacement last season with the Carolina Panthers and on Thursday inked a new three-year contract with the same club but Kaepernick has been unemployed since opting out of his contract in March 2017, missing two full NFL campaigns.

READ ALSO: CAF confident Egypt will be ‘ready’ for Cup of Nations

Kaepernick, a 31-year-old signal caller who guided the 49ers to the 2013 Super Bowl, had said he was only interested in a settlement if it meant a solid financial deal was reached.

But it could also mean that Kaepernick, who has signed a deal with Nike in the wake of being ignored by the NFL for two seasons, might yet return to the league.

NFL officials denied collusion claims by Kaepernick and Reid despite comments from US President Donald Trump that urged owners to fire any “son of a bitch” who kneeled during the anthem after many NFL players followed Kaepernick’s lead in 2017.

Kaepernick and Reid said they were protesting racial inequality and social injustice. Trump claimed their actions were an insult to the flag, the nation and the military.

In a statement released on the Twitter account of attorney Mark Geragos, the law firm dealing with Kaepernick’s legal action against the NFL said the two sides have come to terms without indicating what those terms were.

“For the past several months, counsel for Mr. Kaepernick and Mr. Reid have engaged in an ongoing dialogue with representatives of the NFL,” the Geragos and Geragos firm’s statement said.

“As a result of those discussions, the parties have decided to resolve the pending grievances. The resolution of this matter is subject to a confidentiality agreement so there will be no further comment by any party.”

– NFLPA backs settlement –
The NFL Players Association supported the decision by Kaepernick and Reid despite not knowing exact details of the settlement.

“Today, we were informed by the NFL of the settlement of the Colin Kaepernick and Eric Reid collusion cases. We are not privy to the details of the settlement, but support the decision by the players and their counsel,” the NFLPA said.

“We continuously supported Colin and Eric from the start of their protests, participated with their lawyers throughout their legal proceedings and were prepared to participate in the upcoming trial in pursuit of both truth and justice for what we believe the NFL and its clubs did to them.

“We are glad that Eric has earned a job and a new contract, and we continue to hope that Colin gets his opportunity as well.”

One of the most respected elder statesmen of American sport, NBA great Kareem Abdul-Jabbar, told CNBC on Friday that he was “happy” Kaepernick can now move forward.

“He should be playing in the NFL,” said Abdul-Jabbar, who has long championed the quarterback’s right to speak out.

“I hope it is settled to his satisfaction. It’s been too long.”