Ighalo happy to reunite with Watford coach at Shanghai Shenhua 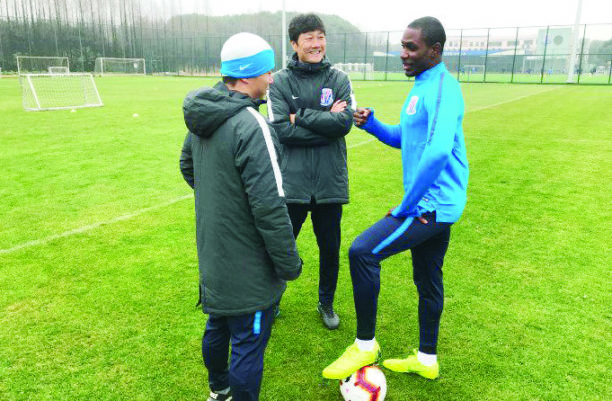 Ighalo signed a three year deal worth about 15m euros and he stated that Flores made the deal possible.

“It’s important to sort my club future and I’m happy that it comes with a great opportunity to play under coach Quique again,” Ighalo told BBC Sport.

“From the beginning he made it clear that he wanted me and I completely understand what that means.

“We’ve had some good times together and importantly it’s good to continue in a league you’ve come to understand, so I am really excited.”

Both made history for Watford by winning the English Premier League player and manager of the month awards for December 2015 – the first time anybody from the club had received either honour.

Ighalo finished as the CSL’s second top scorer with 21 goals, but it was not enough to save his former club, Changun Yatai, from relegation.

“I thank Changun Yatai for the love, support and everything we shared together in two amazing years. I wish the club all the best in what lies ahead.