Neander International Schools, Epe, Lagos Principal  Mr. Idris Agbaje, has urged parents to release their wards for competitive events outside school curriculum, saying that it is the only way children can adapt fast and express their hidden talents with other children in the society. 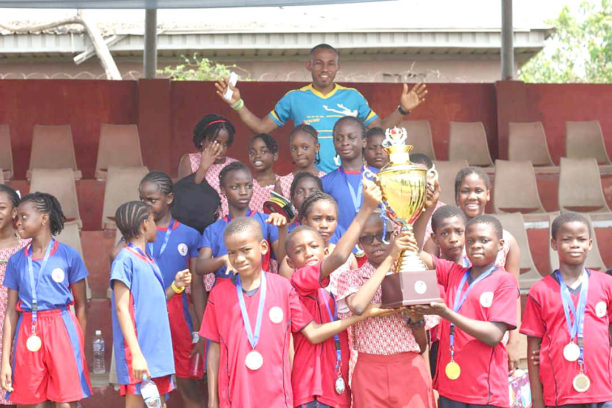 The Head teacher said this during an Art and Sports competition organized by the school for primary school pupils within Lagos State. The event which held at the School premises had about nine primary schools participating in a still-life art drawing for arts and various field and track events in sports.

They comprise Corona Schools, Kiddie Quest School, Smiley Kids International School, White Horse Montessori School, Loban Genius School, Standard Bearers Schools, Delphi International Schools, Bowine Schools and Maria Breed Schools. Mr. Agbaje said, “We organised this event for primary schools basically to help these young ones exhibit their talents. Schooling should not just be about academics alone. Children should not be hooked up in the four walls of the classroom all the time.

Speaking further, he said, “Competitions like this allow them to express their hidden talent and imbibe the spirit of competition and also the spirit of sportsmanship.” According to him, “It is not everyone of them that won but they have learnt to take loses in good faith which the society needs most at this time of do or die affair in the polity.”

At the end of the competition, pupils from Corona school emerged first and second best in drawings while third position went to a pupil from Smiley Kids International School. In the sports segment, Corona School also won the 1st position followed by Kidddie Quest while the 3rd position went to White Horse Montessori School.