AS Bendel Insurance of Beni battle Niger Tornadoes in Week 4 of the Nigeria Professional Football League, NPFL today, the team’s motivator and Deputy Governor of Edo State, Comrade Philip Shaibu has assured that the team will improve as the league progresses. 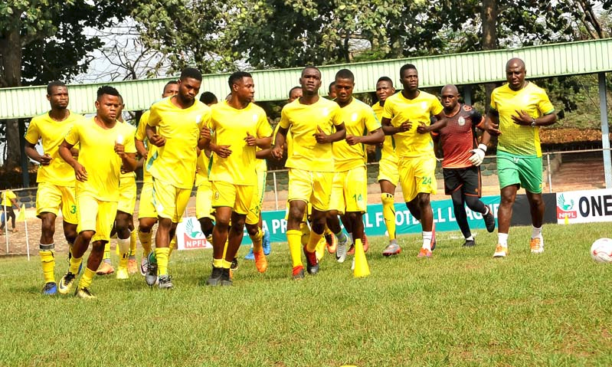 Speaking in Benin City shortly after the team pulled a 0-0 home draw against vising Kwara United Football Club of Ilorin midweek at the University of Benin sports complex, Comrade Shaibu said the barren draw was not a disappointing result by any standard.

“It was our first home match and a true test of  the team in the National Premier League. Kwara United has been there and we have a very young team but that is not an excuse (for the barren draw).”

Between Samuel Ogbemudia and Bendel Insurance

The Deputy Governor who also registered as one of the players for the team in the Super 8, said that they have only one new player after the Super 8 because “we didn’t have enough time to recruit players,” adding that the team could also not go  for pre-season training.

Despite the form of the visiting team, Comrade Shaibu said the referee’s mistake cost Bendel Insurance the maximum points from the match, adding however, that with the use of electronic devices, such errors could be minimised.

“If not for the referee’s mistake, we actually won the game because the goal he disallowed was not an offside goal. You cannot rule out human mistakes though but the mistake the referee made cost us home victory”, he said.

He urged the League Management Company to ensure they help in reducing referees’ errors as it was capable of causing fans to react angrily when they feel their team has been unfairly treated.