Socceroos coach Graham Arnold is already in Asian Cup mode and made clear on Friday that the team’s warm-up clash with South Korea this weekend will be no friendly. 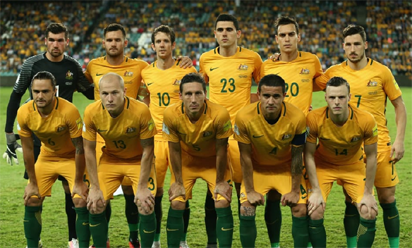 Australia beat the Koreans in the final of the 2015 continental championship and Saturday’s match in Brisbane will be a test of where each side is at ahead of the 2019 tournament in the United Arab Emirates in January.

“We know the Asian Cup is just around the corner and in my view there are no friendly games — it’s all about winning and building up belief and confidence in everything we’re practising,” he told reporters.

“The energy has been great, the training is high-energy, we’ve got pace in the team, a lot of creativity, and the freedom of a flexible system to show the boys’ qualities.”

Australia head into the match without two of their most experienced players — Tim Cahill and Mile Jedinak.

They have both called time on their international careers, although Cahill will make a cameo against Lebanon in Sydney next week in a similar vein to Wayne Rooney’s controversial goodbye for England at Wembley on Thursday.

They are also missing young gun Daniel Arzani who needs surgery for a knee injury, but now have the services of Scottish winger Martin Boyle who recently secured an Australian passport.

Arnold has yet to reveal who his captain will be in Jedinak’s absence with Trent Sainsbury, Mark Milligan and Mat Ryan seen as strong contenders.

South Korea are without Tottenham striker Son Heung-min and defender Jang Hyun-soo, who was banned for life from the national team this month after submitting false documents for his military service exemption.

Nearly every able-bodied South Korean man aged 18 to 28 is required to complete 21 months of military service by law, although Olympic medal winners and Asian Games gold medallists are granted a special exemption.