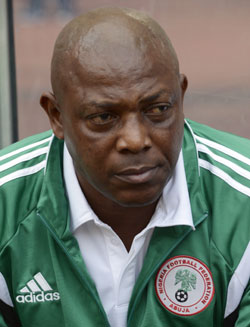 The competition was almost as popular and captivating as the National League. Matches were broadcast live on Radio Nigeria and whole communities adopted school teams (Bariga for CMS [the “Bariga Bombers”], Obalende for St Gregory’s, etc).

In the early stages of the competition, St Gregory’s College, Obalende, St Finbarr’s Bariga, Methodist Boys High School, Kings College and Igbobi College won the tournament in turns. Baptist Academy were the perpetual finalists who hardly won the in the final. Between 1948 and 1952 Baptist Academy were in four out of five finals and lost all. They won in 1955 after overcoming their nemesis, St Gregory’s in that year’s final.

The competition also suffered numerous suspensions due to violence as some schools were known for having passionate supporters who would not take anything less than victory.

The bank sees the tournament as  a means of fostering team work, friendship and  above all, a platform to further develop the numerous talents in the country. It helps in identifying local football talent at the grassroots level. Indeed, the GTBank Principals Cup is key in the bank’s overall Corporate Social Responsibility plan.

The GTBank Principals Cup has brought back the glamour and entertainment associated with secondary schools football.

Apart from identifying talents, the GTBank Principals Cup is also education based as it encourages students to study while they play.  In line with the vision of raising role models for the society as well as using sports as a tool to provoke academic excellence in secondary school, the Principals Cup has thus provided the platform to create football stars who will become Nigeria’s ambassadors to the international community and participate in the discovery, career development and economic empowerment of local football talents.

As the competition progressed in Lagos, the bank thought it wise to extend it to neighbouring Ogun State. The GTBank-Ogun State Principals Cup started in 2012. It is also run together with the State Ministry of Youth, Sports & Social Development and the Ministry of Education.

Apart from the competition which produces champions each year, GTBank also organises camp for outstanding players drawn from competing teams each year.

Apart from the Principals Cup, the bank also thought of introducing a competition for private elite schools, the GTBank Masters Cup.

The GTBank Masters Cup is an offshoot of the GTBank-Lagos State Principals cup. The tournament was first conceived when GTBank realized that grass-root football development was incomplete without participation of all schools in Lagos state (Private and Public) especially those that dominated the Principals Cup over 3 decades ago, since its inception in 1954.

Apart from the regular football competition in Lagos and Ogun states, the bank also introduced the GTBank Masters Cup which is competed among the first generation elite schools.

The bank also introduced the GTBank Camp which is attended by outstanding players selected from the various football competitions organised and sponsored by the bank.

Commenting on the Camp GTBank, the Managing Director/CEO of GTBank, Segun Agbaje, said “Given the amazing talents that benefit from this programme and the quality of the coaches that oversee their development, I am confident that Camp GTBank has become a seedbed for the emergence of professional footballers who will go on to have very successful careers. This goes to the heart of our sports education initiatives, which are aimed at actively engaging the youths through sports whilst identifying, nurturing and grooming young football talents.”