The tightest LaLiga title race in years resumes this weekend with five teams within three points of the top – and a special day in the Spanish capital on Saturday evening with leaders Barcelona among the teams in action. 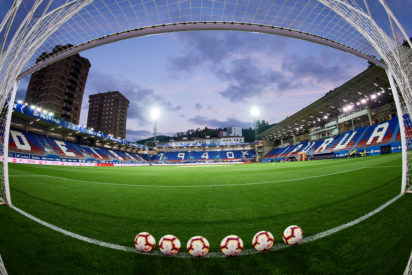 Still buoyed from last week’s emphatic El Clasico success over Real Madrid, Barça visit Madrid-based Rayo Vallecano on Saturday evening, with the Catalan side having won on each of their last five visits to Vallecas, scoring23 goals in the process.

Earlier that day, fourth-placed Atletico Madrid have a lunchtime ‘derbi’ trip to local rivals Leganes, who have secured hard-fought goalless draws at Butarque against Atletico in both of the last two LaLiga seasons.

Later that afternoon, new interim Real Madrid coach SantiagoSolari will take charge of his first LaLiga game at the Bernabeu. It should be an extra special occasion given the visitors are high-flying Valladolid, whose club president is Solari’s former Blancos teammate Ronaldo Nazario.

Saturday’s other fixture could well finish all square as hosts Valencia have drawn all five of their LaLiga games at Mestalla this term, while visitors Girona have taken a point from their last three matches away from home. 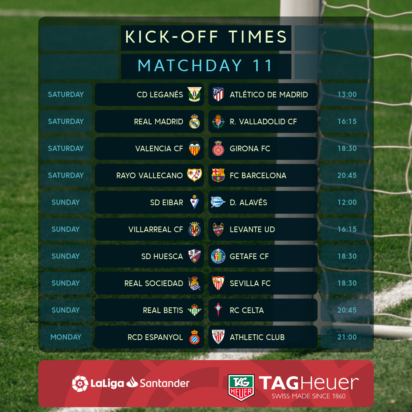 Sunday begins with a Basque derbi at Ipurua where Eibar are looking to bounce back from some difficult recent results againstAlaves, who are up in second spot and having the best LaLiga season in the club’s entire history under impressive coach Abelardo Fernandez.

There is also local pride at stake on Sunday afternoon as Villarreal lock horns with regional neighbours Levante who have lost on each of their last six visits to the Estadio de la Ceramica. However, Paco Lopez’s Granotasside are currently one of LaLiga’s most in-form teams and are out looking for a fifth straight league victory.

The action then returns north to the Basque Country, with San Sebastian’s Real Sociedad aiming for a first home victory of 2018/19 when they host a Sevilla side going into the weekend in third spot, scoring lots of goals and looking like real title contenders.

Bottom team Huesca have shown signs of progress under new coach Francisco Rodriguez, but will face a tough task when hosting a Getafe side unbeaten in their last four away LaLiga games.

The weekend concludes on Monday evening, with Espanyol aiming to continue their impressive 100% record at home so far this season against an Athletic Club side still looking to click under new coach Eduardo Berizzo.