Albania’s parliament on Thursday passed a law banning sports betting and other forms of gambling in the country from 2019. 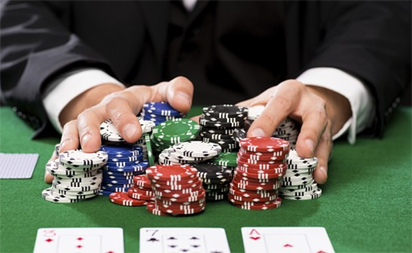 The measure is to tackle addiction among gamblers and match-fixing in sport competitions, while also protecting household finances.

The legislation was passed with 75 votes from members of Prime Minister Edi Rama’s Socialist Party.

It will force the closure of slot machine parlours, betting shops and all other forms of sports wagering, including via online sites.

It will, however, allow gambling at casinos in large hotels and a televised bingo game and national lottery will continue to operate because they have an ongoing concession.

Albania’s sports betting industry has grown rapidly in recent decades and has an annual turnover estimated at 700 million euros.

It is stoking concerns about its impact on low-income families and the integrity of national sport.

Rama, an artist and former basketball player, has led a backlash against the industry.

“We are waging a frontal war with the evil entrenched deeply in our society over the years,” he told parliament before Thursday’s vote.

The prime minister accused some betting firm owners of having a criminal record and links to organised crime.

He said a special task force would be set up to shut down any online gambling sites operating in the country.

“They might keep changing sites, and we’ll keep shutting them down,” he said.

Representatives of sports betting companies, which had offered to stop advertising and close half of the country’s betting shops to avert total ban, said they would fight the prohibition and seek compensation.

“The companies are also evaluating the damages from the unilateral interruption of their license and mulling legal action to recover the damages,” Artan Shyti, the head of a sports betting industry association, said. (Reuters/NAN)