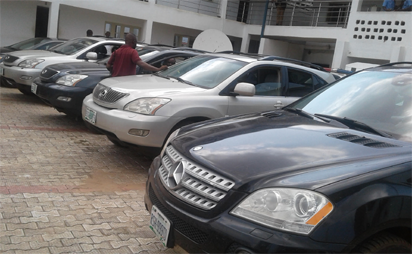 ENUGU—The trial of Mrs. Stella Achara, the Principal Secretary to the Managing Director, Federal Neuropsychiatric Hospital, Enugu, has continued in an Enugu High Court with a prosecution witness, Engr. Abonyi Ikemefuna Henry telling the court how he lost a fortune on account of the alleged failed deal.

In the charge No. E/197C/2017, she is being accused of collecting money running into millions of naira from so many job seekers.

This is also as the trial judge has refused request from the accused person to stop media reports of the ongoing trial.

Giving evidence, Abonyi told the court that he sold his commercial bus in order to raise N600,000 for an employment slot at the hospital.

He disclosed: “I met one Stella Egotanwa at the NEPA office, where she was discussing about job in the psychiatric hospital.

“She told me that she is a personal assistant to Stella Achara, MD’s Secretary. After that encounter, she invited me over to Achara’s office at the Psychiatric Hospital. Achara confirmed to me that Egotanwa was working for her and said if I wanted the job, I should pay N600,000.

“I requested for mode of payment and she instructed Egotanwa to give me her account number. She gave me a Skye Bank Account number and I paid N150,000 into it.”

“When she demanded for the balance, I sold my commercial bus to pay the outstanding N450,000.

“From then till date, I never got any job,” he lamented.

Meanwhile, counsel to the defendant had asked the court to give order stopping media publication of the trial, a request the judge turned down.

The judge thereafter adjourned the case to December 21, 2018 for continuation of hearing.