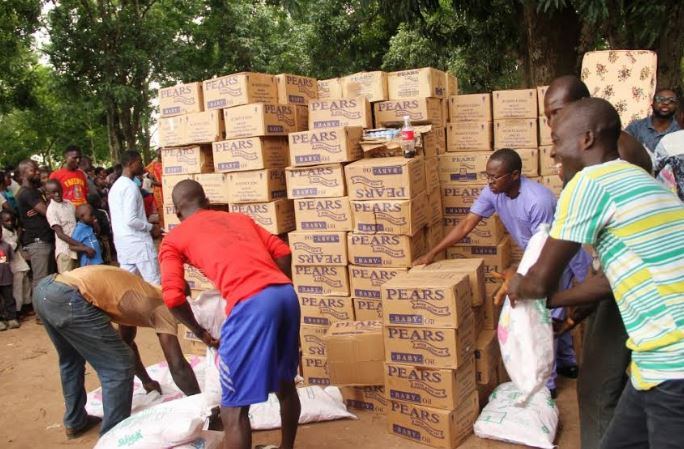 Presenting the items to the IDPs, Mr. Ben Eyoro who represented the President of the association, Chief Obaro Odu, said: “On CNN, members of the association saw the level of the flood that affected the area, so they felt like showing their sympathy, show some empathy and that is why they decided to buy these items and and present to them.”

Lamenting the plight of the people who were affected by the flood, he commended the state government for the step it has taken to evaluate the victims to the IDP camps. He however urged the government to do all that it can to compensate and ameliorate the pains of the people.

Similarly, the women wing of the Isoko Development Union, IDU, has also donated  food and other items to the IDPs.

President of IDU women wing, Mrs. Felicia Suleiman, while presenting the items, said their decision to make the donation stemmed out of their desire to show love and care to those who were displaced from their homes by the flood.

On his part, the President General of IDU, Chief Iduh Amadhe commended the donors for their kind gestures and urged well placed Isoko indigenes to contribute their quota to ameliorate the sufferings of the flood victims.