Saudi Arabia on Saturday, finally admitted that journalist, Jamal Khashoggi died in a fight inside its Istanbul consulate and that it fired two senior officials over his death. 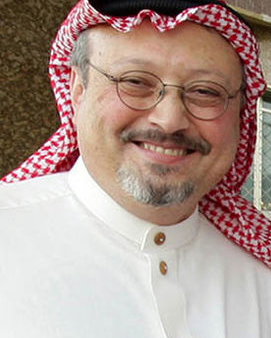 Saudi’s account has thorn U.S. authorities apart with President Donald Trump saying it was credible while U.S.lawmakers find it hard to believe.

Saudi Arabia’s acknowledgement that Khashoggi died in the consulate came after two weeks of denials that it had anything to do with his disappearance, and followed growing demands from Western allies for an explanation of what happened.

His disappearance sparked a global outcry and prompted some U.S. lawmakers to call for harsh action against Riyadh.

Saudi Arabia provided no evidence to support its account of the circumstances that led to Khashoggi’s death and it was unclear whether Western allies would be satisfied with the Saudi version of events.

“Saudi Arabia has been a great ally. What happened is unacceptable,” he said, adding that he would speak with the crown prince.

Some U.S. lawmakers however were unpersuaded by Riyadh’s account.

“To say that I am skeptical of the new Saudi narrative about Mr. Khashoggi is an understatement,” said Republican U.S. Senator Lindsey Graham, a Trump ally who has been sharply critical of Saudi Arabia over the incident.

Trump said he would be working with Congress on next moves, but “I would prefer that we don’t use as retribution cancelling $110 billion worth of work, which means 600,000 jobs …. we need them as a counterbalance to Iran.”