TAIWO “Esepo” Agbaje, on Sunday night, emerged winner of the Mojisola Ogunsanya Memorial Trophy for the best boxer at GOtv Boxing Night 16, which carried a cash prize of N1.5million. 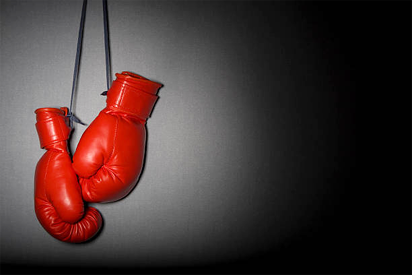 The little known lightweight boxer kept the capacity crowd at the edge of their seats with his all-action style that saw him defeat Tope “TP Rock” Musa in a challenge contest. He was voted as best boxer by journalists at the event ahead of the similarly impressive Oto “Joe Boy” Joseph and Rilwan “Real One” Oladosu.

Oladosu, on the night, became the new West African Boxing Union (WABU) lightweight champion by seeing off the challenge of Ghana’s Benjamin Lamptey in one of the two international bouts at the event.

The second Nigeria/Ghana bout resulted in victory for Joseph, who knocked out Emmanuel Mensah. The show also delivered a freshly minted national champion in Adewale “Masevex” Masebinu, who avenged his previous defeat in the hands of Kabiru “KB Godson” Towolawi to claim the national lightweight title.  Masebinu’s combination of determination and furious punching left his opponent in daze, forcing him to throw in the towel at the end of the fifth round.

In yet another big-name contest, Waidi “Skoro” Usman reinforced his superiority over Chibuzor “T Boy” Obi, whose bid to avenge a previous defeat ended in a third-round knockout.

Who Say So” Tijani, knocking him out in the first round. Adeyemi “Spirit” Adekanla began his life in the professional cadre by defeating the more experienced Ganiyu “Energy” Kolawole, while Aminu “Lucky Boy” Akintayo defeated Mutiu “Machine”  Lawal.