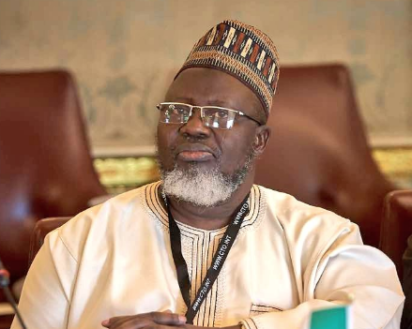 The Minister of Communications, Adebayo Shittu, on Monday filed a suit before the Federal High Court, Ibadan, seeking legal interpretation of non-participation in the one year  National Youth Service Corps (NYSC) scheme.

The minister personally filed the suit, FHC/IB/CS/111/2018, in which the Director-General and State Co-coordinator of the NYSC were named first and second defendants respectively.

Other mentioned as third and fourth defendants are the NYSC and the Attorney-General of the Federation respectively.

Shittu is seeking an order of perpetual injunction restraining all the defendants from calling on him to serve in the NYSC scheme.

Shittu also wants the court to restrain the  defendants from imposing any liability on him or make him suffer any liability, be it civil or criminal, on account of his purported non-service under the NYSC scheme.

“The plaintiff prays for an order directing the first, second and third defendants to issue the plaintiff with a certificate of national service, having served the nation as a member of the House of Assembly of Oyo State, immediately after his graduation from the Nigerian Law School.

“Or, in the alternative, an order directing the first, second and third defendants to issue the plaintiff with a certificate of exemption from national service under the degree, having served in an alternative capacity as a member of the Oyo State House of Assembly,” he stated in his originating summons.

NAN recalls that the minister was recently disqualified as a governorship aspirant of the All Progressives Congress (APC) in Oyo State for failing to present an NYSC exemption or discharge certificate.

Shittu had defended himself by saying that his service as a member of the state house of assembly should serve as his NYSC certificate.

According to him, by the time he left office as a member of the state assembly in 1983, he had already crossed the age bar of 30 years to participate in the NYSC scheme.