By Ben Efe
University of Port Harcourt is set to host the 14th West Africa Universities Games(WAUG) billed for October 31 to November 12 at the University Sports Complex in Port Harcourt, River State.

Sixteen West African Universities and 5000 athletes will compete in 16 events with UniPort Vice-Chancellor Prof. Ndowa E.S. Lale promising an experiential and memorable sports fiesta for competitors and the millions of spectators and revelers who being expected to grace the occasion. 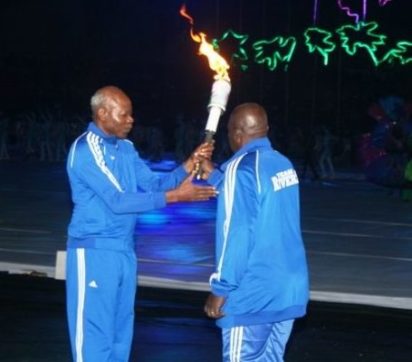 Already, UniPort sports officials are eagerly waiting for the Games to begin, so that once more their athletes who have dominated three consecutive editions of the Games can begin to showcase their prowess.

“We are the undisputed champions of the WAUG. University of Port Harcourt is a sports destination and our athletes are once more ready to demonstrate that our commitment to sports development is not a joke,” said renowned sports scientist Prof. Ken Anugueje.

University of Port Harcourt has won the Nigerian Universities Games Association (NUGA) on six consecutive occasions, dating back to 2000 and 2002 when the University won second position at the Lagos and Ibadan games. Unique UniPort hosted the NUGA games for the first time in 1988 with impressive infrastructural facilities to show for its efforts.

In 2004, the University hosted the NUGA games and took first position. Since then, it has taken first position at successive events and has extended its sporting dominance to WAUG in a decisive manner, with a strong team of track and field athletes and swimmers.

“Team UniPort is ready to impose its traditional dominance on the games as has been the established tradition for a long time. As the host University, we want to win only fair contests that are in line with the trademark Olympic spirit of friendship, respect and comradeship with athletes from other universities and the need to bring the young people of West Africa together. We promise to be humble and graceful in victory,”