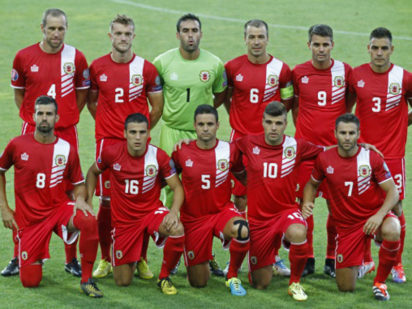 A penalty in the 50th minute by captain Roy Chipolina gave Gibraltar the three points in Yerevan.

It was just the tiny territory’s third win since they joined UEFA following friendly victories against Malta in 2014 and Latvia in March this year.

Saturday’s win came despite an organisational blunder at the start of the game when local authorities played the national anthem of Liechtenstein instead of Gibraltar.

“The Armenian FA has apologised to the Head of Delegation representing the Gibraltar FA in Yerevan for the oversight and an announcement has been made at the national stadium apologising for the error,” tweeted the Gibraltar FA.

Since Gibraltar joined UEFA in 2013, they have suffered a series of heavy defeats, losing to Poland 8-1 and 7-0 and 7-0 against Germany and the Republic of Ireland in Euro 2016 qualifying.

Their worst defeat was a 9-0 hammering at the hands of Belgium in World Cup qualifying in 2017.