Kylian Mbappe inspired a fightback from world champions France as they rallied from two goals down at home to earn a 2-2 draw with Iceland on Thursday. 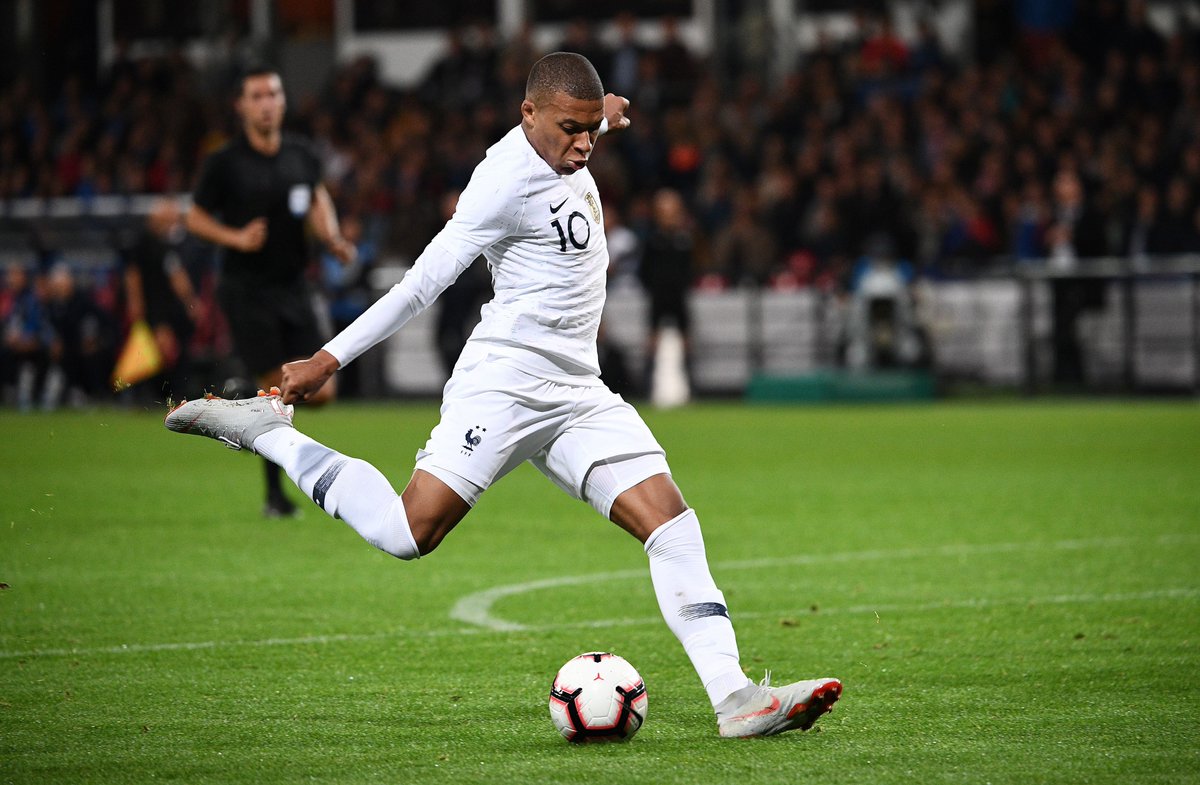 Birkir Bjarnason swept Iceland ahead from the edge of the area on 30 minutes, and Kari Arnason’s excellent second-half header doubled their lead in Guingamp.

But Mbappe, brought on as a substitute for the final half-hour, gave France a lifeline when his shot was saved and then inadvertently turned in by Iceland defender Holmar Orn Eyjolfsson.

The Paris Saint-Germain forward levelled from the penalty spot in the 90th minute after Kolbeinn Sigthorsson handled at a corner.

“The team saw we needed to do something else. I bring what I can do,” Mbappe told TF1.

“We saw the fans were completely behind us even if it wasn’t a big stadium. We wanted to do everything for the people who were there.

“We got the draw, we didn’t lose, but we’re still a bit annoyed.”

France coach Didier Deschamps fielded six of the players that began the World Cup final against Croatia, handing in-form Marseille winger Florian Thauvin his first start as Mbappe was left on the bench.

Iceland were beaten 5-2 by France in the quarter-finals of Euro 2016, and new coach Erik Hamren’s reign had started disastrously with two heavy defeats to open their Nations League campaign.

But the Nordic nation with a population of around 350,000 stunned the hosts in Brittany as Aston Villa midfielder Bjarnason beat Hugo Lloris with a low strike after Alfred Finnbogason stole the ball from Presnel Kimpembe.

Ousmane Dembele was denied an equaliser by a terrific block from Iceland goalkeeper Runar Alex Runarsson, while Lloris pulled off a stunning save from Ragnar Sigurdsson before keeping out follow-up efforts by Bjarnason and Finnbogason.

A searing Thauvin strike fizzed just over the crossbar early in the second half, with an Antoine Griezmann header also turned behind by Runarsson.

Arnason connected superbly at a corner, heading in via the underside of the bar, as Iceland surged two goals clear on 58 minutes and on course for a first win since beating Kosovo 2-0 last October.

Mbappe promptly replaced Griezmann, and the teenager soon had the ball in the back of the net only for it to be correctly ruled out for offside.

It was a warning that went unheeded by Iceland, as Mbappe was at the origin of an attack that saw France pull a goal back with four minutes to play.

His shot from a tight angle was well saved by Runarsson but the rebound flew straight into the unwitting Eyjolfsson, who was helpless as the ball rolled over the line.

Mbappe then snatched a draw in the final minute with a nerveless spot-kick, before a clumsy foul on the jet-heeled forward in stoppage time sparked a confrontation between both sets of players over by the touchline.

France return to competitive action on Tuesday when they host Germany in the Nations League.

The two sides played out a 0-0 draw in their opening match of the competition in Munich last month.