Nigerian singer Davido’s hit single “IF” has emerged number one on the New York ‘Shazam’ chart for songs that listeners in the United States city have searched for its identity. 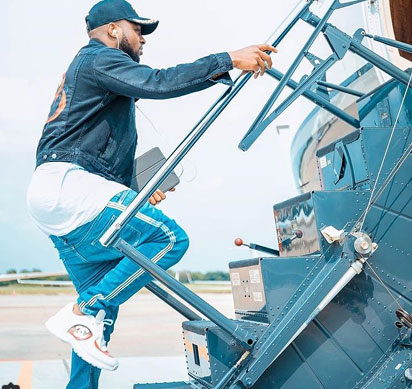 Shazam is a popular app used by millions of music lovers around the globe each month to identify a song that is playing at each moment.

The app also provides details such as the artist’s name and title of the particular song playing at the time.

As at Thursday October 11, the song stands at number one on the Shazam’s chart above Lil Wayne’s hit ‘Uproar’, Travis Scott’s ‘Sicko Mode’ and ‘Backin It Up’ by Pardison Fontaine featuring Cardi B, among others.

This makes Davido the first Nigerian artist ever to be number one on the charts in the US .

In a swift reaction, elated Davido took to his Instagram page to express delight over the report.

“My old records Just breaking , imagine what the new ones will do !”

This feat has added another accolade to Davido’s richly adorned cap, especially in recent times.

Earlier in the year, he clinched the Best International Act trophy at the Black Entertainment Television (BET) Awards.