2 killed in light Aircraft crash in East of UK – Police

A light Plane has crashed in the East of England leaving both the pilot and a passenger killed, Humberside Police said on Thursday.

The reports of a crash came late on Wednesday, and after extensive search the jet was found near Beverley Airfield close to the village of Leven. 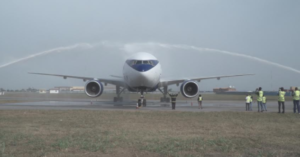 “The aircraft had crashed and sadly both the pilot and a passenger who were the occupants of the aircraft suffered fatal injuries in the collision,’’ the police wrote on Twitter.

The police launched a probe into the circumstances that led to the tragic incident.