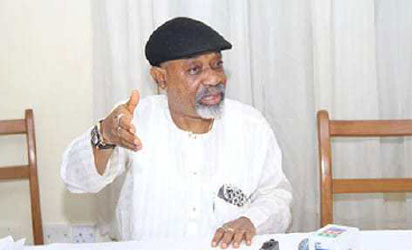 By Johnbosco Agbakwuru
ABUJA—-THE Federal Government has denied the report that it agreed to pay N30,000 as the new minimum wage.
The Minister of Labour and Employment, Senator Chris Ngige stated this while briefing State House correspondents after the weekly Federal Executive Council, FEC, meeting presided over by President Muhammadu Buhari at the Council Chamber, Presidential Villa, Abuja.
The Minister said that though the organised labour and the private sector have agreed on N30,000, some groups within the private sector have rejected the N30,000 and proposed N25,000 which was the proposed figure by the Federal Government.
He said that negotiation was ongoing, adding that the cardinal principle of wage fixing under the International Labour Organisation, ILO, was the capacity to pay.
He also said that the State Governors were still insisting on N20,000.
Details later