YESTERDAY…
We saw Obasanjo, confronted and humbled by the monotony of prison life, use the relative solitude to reflect and put down his views on a diverse range of subjects including a consideration of self-determination clause in the constitution. Later, on gaining power, he abandoned those ideas. Authors also cited other examples in other African countries where leaders had amended the constitution to elongate their tenures. What is the explanation for the African military leaders’ notions of the military as supplier of politicians who are too good to die?

The first explanation is structural, the second is functional and the third is intrinsic. Each deserves brief attention in turn.

Let us begin with the structural. The political economy of much of Africa is centred on the capture of power and resources for the benefit of the members of a Praetorian Guard and their subalterns. In Nigeria, the members of the military god complex and their adherents have come to symbolise this capture with deep vested interests in continuing the mismanagement and personal appropriation of the country’s commonwealth. Having tasted power and enjoyed the intoxication of the influence that it can wield over life, politics and leadership, they have become dogged about keeping what they have come to view as their exclusive right to influence politics and governance. Not only do power and access to public coffers confer immense personal benefits which allow them and their families to live a life of luxury in countries with crumbling infrastructure and shameful levels of poverty, it allows them to claim the space, with a handful of private businessmen, to sponsor political actors and pre-determine contests for power whether through the gun or through sham elections. The chronically rigged benefits made permissible by this system and its rewards are too enticing for them to give up. 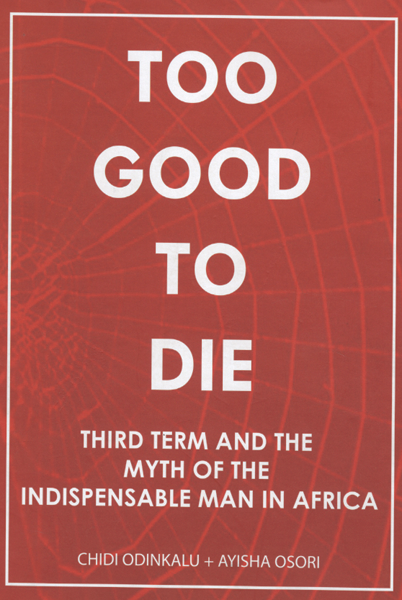 Disingenuously, the military in Nigeria and across Africa have enhanced a narrative of the structural fragility of states which are “ethnically and religiously heterogeneous”, and the idea that this fact carries inherent risks and challenges. By doing so, they encourage the belief that they alone have the capability to keep these states together while simultaneously demonising civilian politicians as a venal and corrupt class from whose predations the military exerts itself to save the people. This supports a narrative of enlightened despotism tailored to the structures of African countries and their political economy.

It is true that the complexity of Nigeria’s ethnic mosaic, as in many other places in Africa, presents a challenge to nation-building and an attendant risk of fragmentation or violence if not managed constructively. How this is undertaken or achieved, however, does not necessarily lend itself to any one-size-fits-all solution. The underlying suggestion that keeping fragile African states together can only be achieved with the guns of mostly power-intoxicated soldiers is a dangerous theory unsupported by evidence. What is clear is that nation-building is an art to which political leadership should devote and adapt itself over time. Nigeria’s experience arguably supports the proposition that it is unsuited to the in-artfulness of martial methods.

Few countries have lent themselves to this narrative of nation-building on the scale of Nigeria, a country with hundreds of ethnic and language groups and an equal diversity of faith identities. Its nation-building difficulties have also been well-advertised. It has been said that, “Nigeria has shown remarkable tenacity throughout all of its crises. Its continued existence can legitimately be called a miracle that defies all known categories and theories.” However, those who have led and continue to lead Nigeria—predominantly from within the military—have done little to actually build a nation. Instead, they have exacerbated the problem and used them as diversionary rationales to keep citizens disunited in their impoverishment. As a strategy for retaining power and its benefits among a narrow and closely bonded cohort, this has worked well.

Turning to the functional, miracles of course are extra-terrestrial events whose occurrence human imagination ascribes to the divine. This arguably explains the functionality and the stubborn longevity of the notion of the strong man in the narrative of leadership and politics in Africa. The result is that political power is presented as masculine and divine, with all the attendant symbolism of aggressive strength and mystical inevitability. Underlying this is the idea that only particular kinds of men can work the miracle of keeping our diverse African countries either together or governable (and in most cases both). This course of reasoning may be popular but it is lazy, paternalistic and problematic. It is lazy because it seeks to avoid the difficult task of evolving institutions and processes to underpin organised society. It is paternalistic because it weakens civic education and responsibilities and refuses to treat citizens as adults, able to discern what is best for themselves or with one another; and it is problematic because the fate of a country cannot realistically be based on anything as fickle as the unpredictable tenure of one human life. The result is a continent with “too many rulers labouring under the erroneous belief that they are messiahs.” Moreover, it should be obvious that “the idea that the more power one individual leader wields, the more we should be impressed by the leader is….an illusion”. On closer scrutiny, it should be evident that the quality of strength is “better-suited to judging weightlifters or long-distance runners” rather than the enterprise of political leadership.

If African countries are miracles requiring the genius of a masculine deity to keep them together and governed, then, it is argued, the intrinsic mission of the military—that most masculine of institutions in postcolonial Africa—is to present itself as the factory where such gods are made. Around this mission, a “whole apparatus of invented school and professional and regimental traditions became much more starkly a matter of command and control.” In many African countries, it suited soldiers to foster the belief that the military were exceptional and best suited to being the guardians and administrators of the state. This myth helped with creating a “dark side of militarism.” Within the military, this has fostered “an outbreak of ‘god syndrome.’” The military’s rationales for power are cast in divine terms, inaccessible to mere mortals and seem almost designed to mock faith systems based on belief in the supernatural. As a standard operating procedure, they usually begin by seeking to destroy the means and institutions by which society can collectively tell them, in a manner of speaking: “Don’t play God, you’re no deity.” The consequences of these are seen not just in normalising a military habit of vandalising national constitutions but also in the acceptance of the notion of military strong men whose tenure in power is both indeterminate and interminable. Shut off from civilians, citizens and reason, they can often guarantee the constitutional equivalent of sovereign train wrecks with profoundly destabilising consequences beyond national boundaries.

In Nigeria, President Obasanjo’s third term project, as elsewhere in Africa, was tethered to a structural rationale that was unsustainable, a functional justification founded in myth only and an inherent argument that could itself be a symptom of an illness. With reference to this last point, David Owen asserts that “something happens to some people’s mental stability when in power”, and argues that there is a “causal link between holding power and aberrant behaviour that has the whiff of mental instability about it.”

Nigeria generally fits this narrative of power, aberrant behaviour and instability. Simultaneously, Nigeria challenges this theory. It is the most populous country in Africa and also the most diverse. If any country on the continent desperately needed a strong man, it probably is Nigeria. In its postcolonial history, Nigeria’s politics has been dominated by the military. Yet, for all its domination by soldiers, Nigeria, unlike most other African countries that have experienced successful military coups, has defied the phenomenon of the life president or presidential tenure of in- determinate duration. Underlying this fact is a contradiction that defines Nigeria’s existence and whose mastery may hold the key to its sustainability: its bewildering diversity appears to cry out for a strongman, but the demands of its stability require firm curbs on the inherent caprice that would make any such man strong. Nigeria easily fits Gamal Abdel Nasser’s coinage of a country “run by a gang”, in this case, predominantly made up of soldiers, serving or retired who pass the “strong ruler” baton around amongst themselves and their civilian recruits. The need to understand the identity and scope of this gang is another justification for this study and many more will hopefully find this cause and the need to contribute to investigating it deserving of their time and attention.

President Obasanjo’s effort to procure tenure extension in Nigeria in 2006 combined most elements of the continent’s postcolonial narrative of power, politics, and nation-building in one unlikely plot. He was a soldier-statesman who set out to appropriate the habits and instincts of his martial constituency for the purpose of creating the ultimate strongman in a country whose structure abhorred such and whose history made such a project unlikely to succeed. His chutzpah on its own makes his effort well worth a study. Beyond mere fascination with one man’s pursuit of vain glory, there is an even more compelling need to illustrate an arc of military proclivity for constitutional vandalism. The theory of the case is that, stripped to its essentials, President Obasanjo’s venture into the territory of a tenure elongation was in fact an act of desperate militarism designed to procure the indefinite extension of military rule in Nigeria. The narrative that follows investigates this theory.

In shaping this story, we are mindful that big countries like Nigeria can often be inward-looking. Nigeria is not the only African country in which tenure elongation has been attempted or in which it failed. It is, however, the first one in which a retired General, having been elected civilian president, was firmly stopped in his effort to change the constitution for his own purposes. More than any other event or incident, this has defined the trajectory of Nigeria’s evolution since the return to elective governance in May 1999 in ways that many people neither foresaw nor reckoned with.