AN ex-international, Friday Elaho, has said that Chelsea winger Victor Moses is still needed in the Super Eagles, adding that officials of the Nigeria Football Federation, NFF should have a conversation with him to return to the team. 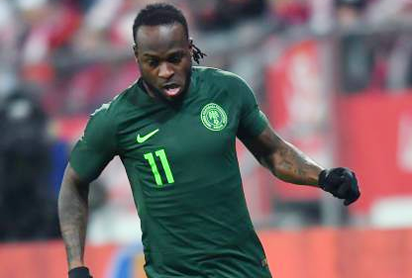 Moses, who was part of the squad that won the 2013 Africa Cup of Nations, had said he retired from international football in order to focus on his club career at Chelsea. He has 37 caps and 12 goals for Nigeria.

Elaho said, “He had his own reason for retiring which is to concentrate on his club football, but for me, I don’t think at his age it is good for him. If I were the authorities (NFF), we’ll sit down with him and see if he can come back to the team. He is a very good player and we still need him.””

Victor Moses has made a total of 5 appearances for Chelsea in all competitions this season.