An open La Liga is good for the game, Pires says

Mumbai (India) – The current Sanish football season has been the most open in years and will only be of benefit to football, former France midfielder and World Cup winner Robert Pires says.

This season more La Liga clubs are already challenging the hegemony of Spanish giants FC Barcelona and Real Madrid in the league. 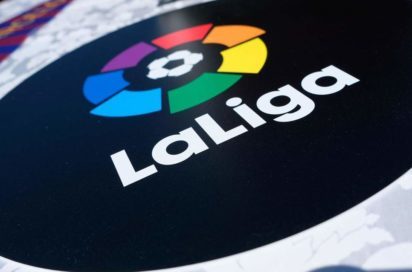 While Spanish clubs have many of the world’s leading players, including Argentina’s Lionel Messi, La Liga has often been criticised for a lack of competition.

FC Barcelona and Real Madrid have won all but one league title between them in the last 14 seasons, with Atletico Madrid winning in the 2013/2014 season.

But after eight games in the 2018/2019 season, Pablo Machin’s Sevilla lead FC Barcelona by one point at the top of the table with Real Madrid at fourth place, a further point adrift.

“I don’t know why but this season is more competitive,” Pires told Reuters in an interview. “When people talk about La Liga, it’s always FC Barcelona or Real Madrid. But not for this season.

“It’s (a) little bit different. Teams like Atletico Madrid, Sevilla and maybe Valencia, because they spent a lot of money and built a good team, they can beat or fight with FC Barcelona and Real Madrid.

But former Arsenal player Pires, who also had a spell at Villarreal, said it was imperative for Spain to keep attracting top players to its league.

“La Liga has lots of good players like Luka Modric and the Spanish new generation like Isco, Asensio,” said Pires.

The former France player, who was in India as an ambassador for La Liga at the launch of football schools in New Delhi, added “the potential is very good.

“La Liga has Leo Messi and he’s the best player in the world.

2018-10-09
Previous Post: P&G wins safety, health standards award
Next Post: I know Jose is getting a load of stick but…, – Rooney