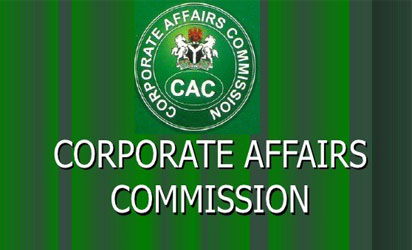 Infrastructure  Concession Regulatory Commission, ICRC, and Corporate Affairs Commission, CAC, have jointly emerged the most compliant companies in terms of Freedom of Information, FOI, while the Nigeria Extractive Transparency Initiative, NEITI, came third on the ranking

The organisations were named joint winners by the Public and Private Development Centre, PPDC, during the launch of the 6th Freedom of Information, FOI Compliance Ranking held in Abuja; this was the first time that there was a tie for the first position.

In the statement signed by Mbanan Mku, the PPDC disclosed that the ICRC and the CAC came tops because they proactively disclosed requested information on their portal.

Mku said the PPDC had been consistently advocating the disclosure of public finance expenditure information to promote a more transparent and accountable government, as well as increase citizens’ participation, thereby leading to improved public service delivery.

Mku added that these rankings which commenced in 2013 are unveiled annually on the 28th of September to commemorate the International Right to Know Day, noting that it is conducted to ascertain the compliance of public institutions to the Freedom of Information Act (2011) based on the disclosure of public finance expenditure information.

Mku said:  “For the security sector, out of the 11 institutions that were ranked, none of them had proactive disclosure and nine out of 11 were unresponsive. The Nigeria Security and Civil Defence Corps, NSCDC, came in first place with full disclosure and the Police Service Commission came in second place with partial disclosure.

“The Security sector agencies have consistently ranked poorly over the years due to their denial to access of procurement related information.”

According to him, these ministries, departments and agencies of government, MDA, are ranked based on: proactive disclosure, responsiveness to request for information and; level of disclosure.

Continuing, the statement noted that: “One of the highlights at this year’s event was the unveiling of the Open State Government Rankings. This is the first time PPDC is ranking state governments based on their access to information and proactive disclosure of their budget and contract information on their state websites.

“The aim of these rankings is to encourage sub nationals to open up their systems to enable citizens participate in governance activities. Kaduna state topped the charts in this as they has have signed up to the Open Government Partnership (OGP) and also have their budget and contract information uploaded on their state website.”