Chelsea joined Manchester City and Liverpool at the Premier League summit on Sunday as Riyad Mahrez blazed a late penalty over the bar when presented with a golden chance to end his team’s Anfield hoodoo. 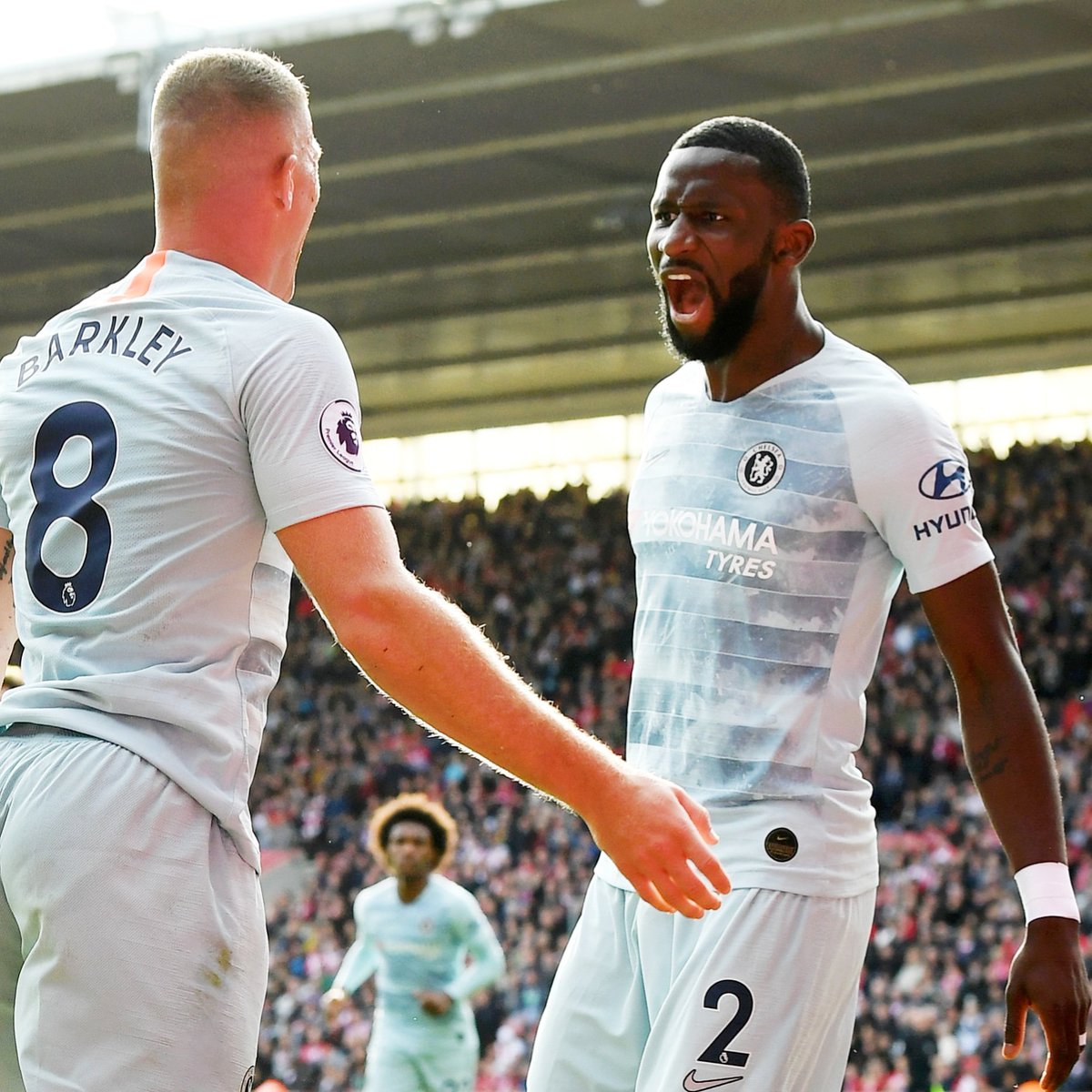 Arsenal, who lost their first two games of the season are right back in the title hunt after a 5-1 stroll against Fulham, while Chelsea saw off Southampton 3-0 to maintain their unbeaten start to the season.

Liverpool came into the match unbeaten in 17 home games against Manchester City in all competitions but the atmosphere was flat at Anfield and Jurgen Klopp’s team have now gone four matches without a win.

Despite all the rich attacking talent on display, Liverpool and City cancelled each other out in a cagey encounter, mustering just four shots on target between them.

But as the match meandered towards a conclusion, Leroy Sane was brought down in the box by Virgil van Dijk.

With Sergio Aguero off the field, Algeria forward Mahrez placed the ball on the penalty spot but watched in despair as his left-footed shot sailed over the bar. He has now failed to score from five of his past eight Premier League penalties.

Guardiola defended Mahrez after he spurned the chance to secure the win.

“He had the courage and the balls to take the penalty, in training he shoots perfect penalties but sometimes it happens,” he said.

“The usual taker is Sergio Aguero but he wasn’t there. We played so well so if you want to analyse the result it was OK. Last season we lost here, and this season we drew. Maybe next season we will win.”

Liverpool boss Klopp lamented a gruelling fixture list that has seen his side face Chelsea twice, Napoli away in the Champions League and City in 12 days.

“It was an unbelievably intense period of fixtures, crazy. It makes no sense to moan about it when you are in it. But now it is over so I can,” said Klopp.

“If somebody had told me after eight fixtures, 20 points, I would say ‘yes’. But with this fixture list, I would definitely buy it.”

The stalemate at Anfield means City, Liverpool and Chelsea — all unbeaten after eight games — are locked together on 20 points, with the defending champions top by virtue of their superior goal difference.

Arsenal are now in the top four, level on 18 points with London rivals Tottenham, as the Premier League table takes on a familiar look heading into an international break.

The Belgium forward played down title talk at this early stage in the season.

“It’s too early to be thinking about the title, we know it is tough to win,” he said. “But it is good to be up there.”

In the first match of the day, Unai Emery’s Arsenal turned on the style on the banks of the River Thames to climb into the Premier League’s top four.

The club, who parted ways with long-standing manager Arsene Wenger last season were written off as title challengers after defeats against City and Chelsea but have now won six Premier League games in succession.

Alexandre Lacazette and Pierre-Emerick Aubameyang both scored twice, with Aaron Ramsey grabbing the other.

Tottenham won on Saturday to keep their title challenge on track but Manchester United and their manager Jose Mourinho grabbed the headlines after United battled back from 2-0 down to beat Newcastle 3-2.

Mourinho came out fighting after the match, accusing his critics of staging a “manhunt” as the club slipped off the Premier League pace.

Forward Juan Mata, whose free-kick sparked United’s comeback, said he hoped the last-gasp victory would give the team a mental lift.

“I think they saw today we tried everything, and we came back and from the mental point of view it’s a very important three points.”

2018-10-08
Previous Post: ‘I should have scored more’, says four-goal Mbappe
Next Post: Barcelona held at Valencia as Sevilla go top in Spain