The convention happening at the Adokiye Amasiamaka Stadium, Igwuruta Aile, near Port Harcourt is supposed to have progressed at 7pm into a session for presidential aspirants to address delegates prelude to voting to pick eventual candidate, but so far, accreditation is yet to be concluded. 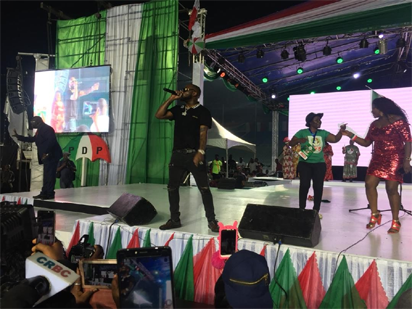 The introduction of Davido into the podium enlivened the gloomy countenances of teeming, already accredited delegates sitting in the long waiting at the main bowl of the Adokiye Amasiamaka Stadium where voted is expected to held later.

Davido performance his hit songs including Assurance, Skelewo, Fall, If among others, sending many in the stadium running from their seats to the podium.