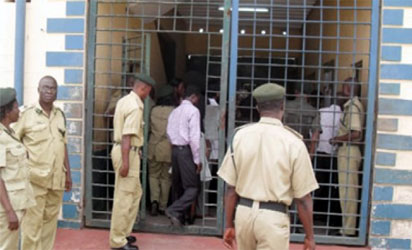 Oso 37, attached to the internal control department of the bank’s Headquarters in Lagos and a resident of Ogudu area of Lagos is standing trial on a two count charge of felony to wit, stealing.

Police prosecutor, Rosemary Ehimegbe, informed the court that the defendant committed the offences between August 17, 2017 and September 28, 2018 at the bank headquarters in Marina, Lagos Island.

Ehimegbe told the court that the defendant used his position as a staff of the bank attached to the internal Control Department and fraudulently withdrew the sum of N30 million, from the account of his employer and converted it to his own use.

She also said the management of the bank uncovered the fraud when they audited their account books, which led to the arrest of the defendant.

According to her the offence committed is punishable under Sections 406 and 287 of the Criminal Laws of Lagos State 2015.

The defendant, however, pleaded not guilty to the charge.

Magistrate, M. O. Osibanjo granted him bail in the sum of N500,000 with two sureties in like sum.

Osibanjo adjourned the case till October 24 for mention and ordered that the defendant be kept at the Ikoyi Prison, pending when he is able to perfect his bail conditions.