Partners for Electoral Reform (PER), a Civil Society Organisation (CSO), has called for speedy passage of the Electoral Amendment Bill by the National Assembly.

The Chairman of the group, Mr Ezenwa Nwagwu, said the delay in the passage of the bill was not only a threat to electoral democracy but a major hindrance to democratic development.

Nwagwu spoke on Thursday at a roundtable organised by Konrad-Adenauer-Stiftung (KAS), a German foundation, for members of CSOs and media titled: ‘’2018 Electoral Act Amendment: Review and Recommendations.” 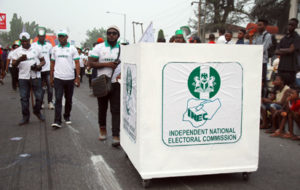 “There is an urgent need for the National Assembly to reconvene and consider as a matter of priority the returned Electoral Amendment Bill for onward transmission to the president.

“The delay in the passage of the bill leaves the existing legal framework as the guiding framework for election which may become a challenge if the innovation by INEC to promote electoral integrity and citizens’ oversight on the process is challenged in court and invalidated on the basis of the absence of an enabling legislation,” he said.

The chairman said if signed into law, the bill would promote electoral integrity through the deployment of technology and ensure inclusion in the electoral process.

2018-10-04
Previous Post: FG will continue to invest in Nigerian people – Osinbajo
Next Post: How smugglers paid N2.24bn to customs