Italian champions Juventus could be hit with a partial closure of their Allianz Stadium after racist chanting was heard aimed at Napoli’s Senegalese defender Kalidou Koulibaly during their game at the weekend, it was reported on Monday. 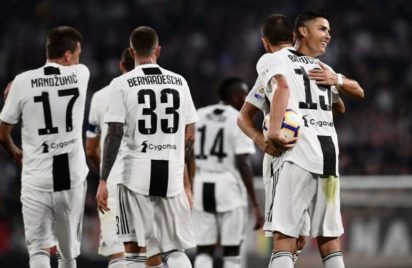 Massimiliano Allegri’s side won 3-1 to move six points clear of Carlo Ancelotti’s southerners in front of a record crowd of 39,552 in Turin for a league match.

Fans were also reported to have called Napoli coach Carlo Ancelotti ‘a pig’, an insult which goes back to his coaching days at Juventus from 1999 to 2001.

As a result, the ‘Curva Sud’ could be closed for at least one game when the disciplinary report is released on Tuesday.