By: Amebo
In: OGITECH 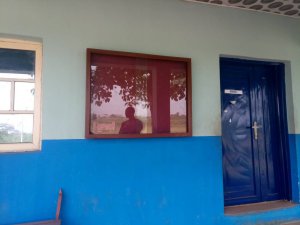 The president of the association alongside other executive members declared that the press club is now active and that all editorial works shall commence on Monday, 15th of January.

According to Samuel Miller, the present AMACOS president, The students of the department now have an active press club that will enable them (students) to really practice what they are learning on campus as far as journalism is concerned.

In order to stress his point on why the department needed the club just like other institution (polytechnics and universities), he said his administration had also provided a press board that would be used to paste news stories on campus and community events.

Miller also encouraged the large numbers of students to take advantage of the opportunity as it will help them unclog their dream and zeal for journalism as students of mass communication and that his administration shall also accord the club’s need.

In another reaction the AMACOS president urged the students of the department to continue supporting the association executive in other for everyone to enjoy a good time under his tenure.