Why wouldn’t lecturers want their students to get first class? The narrative that lecturers make deliberate effort to fail students is common in Nigerian Universities. 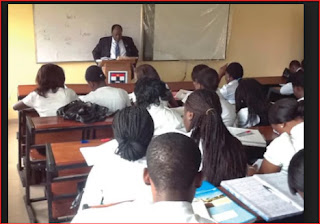 Graduating with first class is usually the aspiration of almost all new students in higher institutions anywhere.

Most students keep the hope of being decorated with the best graduating student alive till the reality dawns on them that their effort is not worth being celebrated on the convocation day.
The first class degree is not a free award in any university. It is only reserved for those students with the extra effort that transcends the four walls of the lecture room.
It is an award designed for those students that are genuinely determined and tirelessly working to have good grades in all courses without relenting or discouraged by the harsh conditions of their academic environments.

Such is the spirit of the students who carry the day at the end of their academic pursuit in the university.
While it is sound to argue that it takes extra effort to finish with a perfect grade, there is also a well-founded belief among Nigerian students that lecturers attitude and ego can inhibit students chances of graduating with first class.
There have been stories of students who made this extra effort to emerge the best student in a course but a bad grade in his final examinations or project earned him a 2.1. When this happens, Nigerian students often put the blame on a lecturer.

There have also been stories about lecturers who believe no student can have an A in their course irrespective of their brilliance because the best grade is reserved for God.
There are also stories of brilliant lecturers who graduated with 2.1 in a university and are now lecturing in that same university. But because of the academic history would not any student to graduate with a better grade.
Narratives like this prompt the conclusion that Nigerian higher educational institution lecturers make deliberate efforts to ensure no student outshine them academically.
Such narrative is rife in university faculties and department that hardly produce first-class students.
For instance, in Obafemi Awolowo University, Ife and Ahmadu Bello University in Zaria, students strongly hold the views that some lecturers derive pleasure in inflicting academic pains on students they suspect would break or set a new record.

Some lecturers according to a student simply identified as Austin in the Department of Art and Social Science in Ahmadu Bello University, have made them realized that their effort can not grant them, first class, no matter how hard they try.
He said, immediately we gained admission into the University, the first thing they told us during orientation was that it won’t be possible for us to make first-class that the highest we can get is 2.1 and it will require a first-class effort to even get that.
Corroborating this, Oluokun Omotayo, a graduate of Biochemistry from Ahmadu Bello University said her set was told the same discouraging advice.
She said, I remembered our 100 level orientation, we were told a first-class chance is so slim, near impossible. The best we can graduate with is 2.1.

Effort to confirm this allegation from one Dr Babagida, a lecturer in the Department of Architecture in ABU proved abortive as the lecturer refused to make any comment on the allegation saying the questions should be directed to the University Registrar.
Students have the same allegations against lecturers in many other higher institutions in Nigeria and when asked why a lecturer would decide to deny them first-class, the usual answer is some of our lecturers are sadists who do not want their students to outshine them.
However, a Lagos State University lecturer has an ambivalent view about the matter. He explained that inability of a faculty of department may not necessarily be down to lecturers victimising their students.
He said dearth of first class graduates in a faculty or department may be influenced by a number of factors which may include lack of teaching facilities.

play
A cramped lecture hall in a Nigerian university
Notwithstanding, the lecturer agreed that some lecturers might just choose to be wicked and a department can have two or three of them. He said such lecturers attitudes towards their students can greatly affect the students’ performances.
The belief that lecturers deliberately fail students is an age long narrative on our campuses. It is believed the lecturers are egocentric and won’t want students to rise above them. But this might not be completely true as a few students still manage to bag first class through these same lecturers. 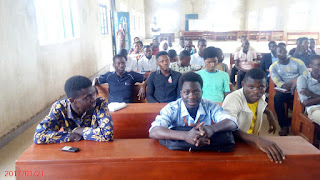