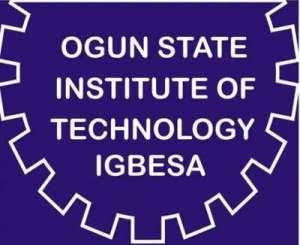 BEING THE COMMUNIQUÉ ISSUED AT the MEETING HELD BETWEEN THE STUDENT REPRESENTATIVE COUNCIL AND DEPARTMENTAL PRESIDENTS ON 19TH OF DECEMBER, 2017 AT THE OGITECH STUDENT UNION (TEMPORARY) SECRETARIAT, IGBESA, OGUN STATE.

In a bid to bring about a responsible, responsive and effective representation of all students struggle in Ogun State institute of technology, igbesa, The Student Representative Council under the chairmanship of Comr. Arogunjo Emmanuel held her first meeting with departmental presidents within the school premises.

The Student Representative Council pleaded with the Departmental association to make it a uniform fee, also urged them to cut their coats according to their sizes and not inconvenient fellow students, asking the presidents to take down the departmental ID card project hence the school is preparing an ID card for all student. The departmental presidents were urged to take ID card rope more serious than the ID card as it signifies various departments.

After various deliberations, it was concluded that every department who has collected above 1500 should return the excess as from 22nd January 2018 till the beginning of first semester exams

Every student who is yet to pay departmental due is to start paying 1500 to his/her various department immediately school resumes for January (except for department paying less, are to continue paying whatever lesser amount they have been paying), and for the students who have paid 2000 and 2500 in their various department should go with their association receipts to the association to collect back the excess as from the January 22nd 2018. And no departmental due is to be collected for 2nd semester.