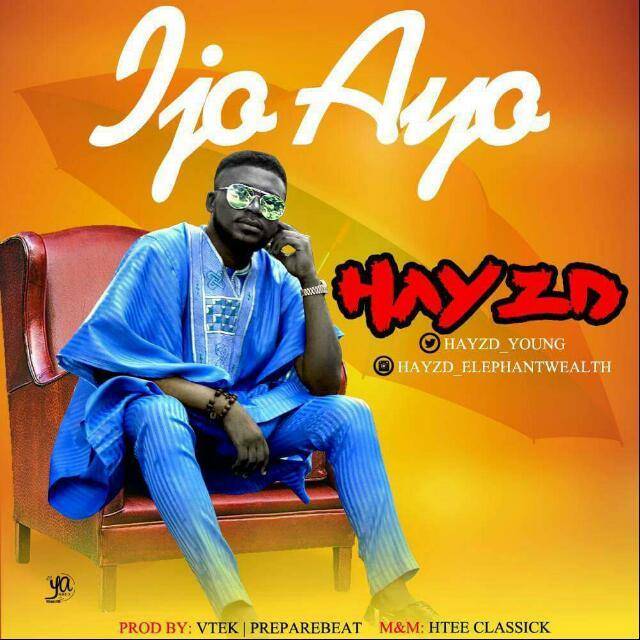 After a year of musical break to focus more on his education, the young lad (HAYZD) announces his presence with this new tune dubbed “IJO AYO”.
Erinfolami Azeez Abiola popularly known as HAYZD is ayoung gifted vocalist and songwriter.
Born March 13th 1996, in the Western part of Nigeria, HAYZD grew up with dreams of becoming a soccer star, until he discovered music at age 12.

Download
He decided to follow paths set by music icons, such as Ebenezer Obey, Fela, King Sunny Ade, Alhaji Pasuma Wonder, King Saheed Osupa and to become a recording and performing artist.
Hayzd’s sound can best be described as a distinct fusion of Afro-Pop, Highlife and Afro-Soul.
Hayzd is currently in his final year at the Ogun state institute of Technology, studying Business Administration
Listen Download and Share here