By: Amebo
In: ogitech amebo 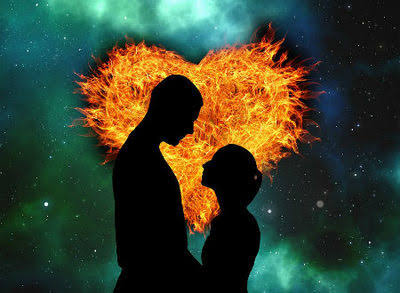 I was eighteen, fresh out of high school, when I went away to college. While I was in college, I met this real hot babe. Her name was Ruth, and the same age as I was. We were soon living together, and because of our strong attraction for each other, we didn’t act wildly like a lot of the other students, we just kept more to ourselves, and kept ourselves pretty busy going to classes, studying, and especially having s-x together so that we could devote most of our time to our studies.Because of our closeness with each other, we finally figured that we should make our very close relationship legal. So we finally got married the semester before we graduated.Because of her, I knew that I no longer had any worries about my s-x life because she kept me very well sexually fulfilled. But we did hold off having children until we could get fairly established in our fields.What triggered it was, the day, we went to a birthday party for a very small and young relative. While we were there, Ruth was having a ball playing with all the little kiddies there.When we got home from the party, Ruth threw all of her birth control pills in the trash, and announced that we were going to have a child of our own. Of course I didn’t object, and less than a year later, our daughter, Diane, was born.But something happened to Ruth during the delivery. Afterwards, she found that having s-x was sometimes just too painful and she no longer seemed to enjoy it.She went to a couple of doctors who examined her, but could find nothing wrong. They gave her some pills, but they didn’t seem to help much either.I continued to bear with her problem for several more years until I couldn’t stand it anymore having s-x with Ruth only about once a month or even less. I was right on the verge of divorce when she was offered a good job offer quite far away. I didn’t want to move because of my own work and the nice house that we owned. So that night we sat down and talked it over. She finally decided to leave Diane here with me so that she could continue to be in her own familiar surroundings with all of her own friends and wouldn’t have to suffer the trauma of moving away to a strange new place. She also decided that we would go ahead and file for a no fault divorce, and she would just move away and leave nearly everything to me since I would be having full custody of Diane.Since I now had to take care of Diane all by myself and take care of the house, I found I had very little time left over for dating, and the longer I went without female companionship, it seemed the hornier I became.Of course, I did date once in a while, but it seemed that none of them ever really panned out.

Watch out for the next episode