By: Amebo
In: Uncategorized
According to Linda Ikeji’s blog There’s been underground gists that once again, all is not well in the Psquare camp and this past week, we’ve had our eyes on the social media page of the twins and truth be told, they’ve been throwing shades and subliminals.

Though no names have been mentioned but just a few minutes ago, one half of the Psquare, Paul Okoye shared a post on Instagram that’s a bit obvious who he’s referring to.

His caption reads, ‘Back to naija. Don’t take my silence for granted. Only a woman can come where there’s peace and destroy it #youknowyourself. Try me this time, I swear Nyash go open. You will know that blood is thicker and stronger than juju’. 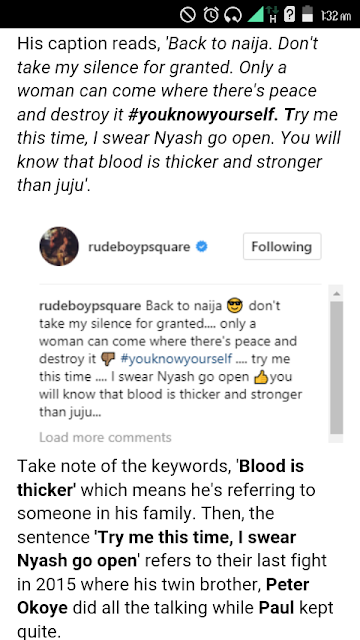 Take note of the keywords, ‘Blood is thicker’ which means he’s referring to someone in his family. Then, the sentence ‘Try me this time, I swear Nyash go open’ refers to their last fight in 2015 where his twin brother, Peter Okoye did all the talking while Paul kept quite.

Peter has not been silent on social media too. His page is filled with cryptic messages and he’s once again started to push his individual brand ‘Mr P’.

See more of their social media posts and subs below… 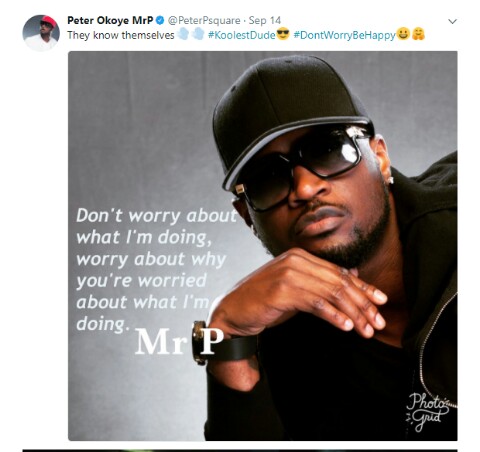 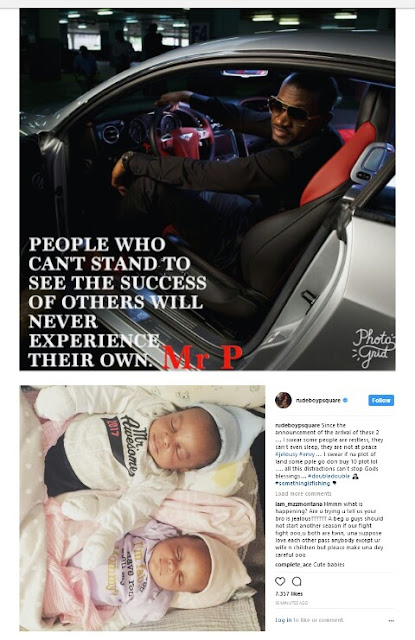 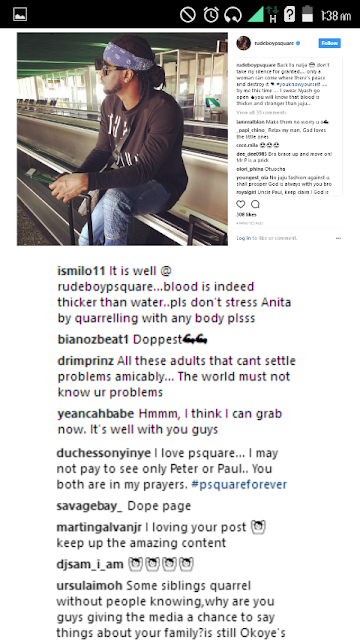