To : The Entire STUDENTS in Ogun State ACCOUNT OF STEWARDSHIP

To God Almighty be the Glory.Today marks the
end of a glorious Era and the dawn of a
hopefully greater one. The “Team Ideological
Rebirth” of NANS JCC Ogun State Axis was
birthed at the Convention which held on the
25th of July 2015 at D.S Adegbenro
Polytechnic Itori has never looked back ever
since.
Like every Administration, Ours was filled with
Achievements and Challenges alike but with the
Grace of the Almighty who showed himself
strong through My Executives, SUG
Presidents,Stakeholders and the Greatest
Nigerian Students in Ogun State, we Overcame.
Accountability is not only Financial in nature,
it also entails the giving of an account of the
Mandate which one is holding in trust for the
Electorate and in this case the Students. It is in
Light of this ,I will crave your indulgence to
quickly highlight some of what we have been
able to achieve :
• BYE LAWS/ CONSTITUTION : In Conjunction
with the SUG Presidents, we drafted and
enacted the First ever Bye Law/ Constitution in
the history of NANS JCC Ogun State Axis.
• Police – Students Relations Forum : This was
created by our Administration in Partnership
with the Nigerian Police Force on the Orders
of IGP Solomon Arase( Rtd) when he visited
Ogun State in November 2015 and was
Implemented by CP Abdul Majid Ali (now AIG).
This is designed to promote robust relationship
between these two groups.
• Legal Adviser : We Also appointed Barrister
Adenola Adegbesan as our Legal Adviser. This
Feat is Unprecedented.
• Reappointment of Special Assistant on
Students Affairs : Our Leadership played an
extremely pivotal role in ensuring the
Reappointment of the S.A to the Governor on
Students Affairs. Out Choice was Comrade
Olusegun Clement who we believe has what it
takes to improve Students welfare on the Side
of the State Government.
• Struggles and Interventions : Clarion Call of
Aluta was heeded every time during the course
of this Administration. We were at the
Forefront of some Genuine Struggles such as
TASCE WORKERS SALARIES PROTEST,NOVEMBER
30 PROTEST AT D.S ADEGBENRO POLYTECHNIC
ITORI, FUNAAB PROTEST OVER INSECURITY,
OSCOHTECH PROTEST, MEDIATION ROLE
BETWEEN THE MANAGEMENT AND STUDENTS
AFTER THE GATEWAY POLYTECHNIC SAAPADE
PROTEST,FUNAAB PROTEST OVER FALLEN
COMRADE ATERE MARIA’S DEATH And so many
more.
• Students Union Election Monitoring Team
( SUEMT) : This Team was Formed with the
Mandate of acting as external observers in SUG
Elections without Interference or bias. The
Team led by the Director of Special Duties Is
one of the Hallmark of Team Ideological
rebirth.
• Student Unionism : We were able to form
Caretaker Committee in Ogun State Institute Of
Technology Igbesa( OGITECH) ; an Institution
without any form of Unionism for more than
three (3) years with a view to having
Democratically Elected Executives next Session.
MAPOLY has also Conducted SRC Elections and
SUG Elections for Executives will hold Soonest.
• Partnership with Sister Associations :
Relations with Associations such as National
Youth Council of Nigeria (NYCN) , National
Association of Ogun State Students
(NAOSS) ,National Association of Polytechnic
Students ( NAPS) etc have been strengthened
immensely.
• Image Rebranding/ Acceptability : The Public
Perception of NANS has changed positively
through active engagements on different
platforms like Radio Programs , Television
Interviews , State Sponsored events ,
intellectual and diplomatic approach towards
issues et al. NANS in Ogun can no longer be
regarded with disrepute.
• NANS Zone D ( Southwest) : NANS JCC Ogun
successfully hosted all the Students in the
Southwest Geopolitical Zone of Nigeria on
August 2015 . We also Ensured the Emergence
of the Coordinator of NANS Southwest Zone D
, Comrade Okikiola Ogunsola a Student of Tai
Solarin University of Education Ijagun Ijebu.
• Bank Account : In Line with President
Muhammadu Buhari’s Anti Corruption Stance,
we opened an official Association account with
Diamond Bank to entrench Probity,
transparency and accountability.
• Programs : The First Ever “ Education Funding
Summit” was held in Moshood Abiola
Polytechnic Abeokuta on the 30th of
November 2015 where heads of Educational
institutions were invited to brainstorm on how
to improve Funding which is Education’s
greatest challenge. Also , the NANS JCC OGUN
Week was held at June 12 Cultural Center
Abeokuta. It was really an epoch making event.
• Capitation fees: The Most Humongous
Challenge of NANS in all Strata is Funding. We
have Overcome that to a large extent in Ogun.
Some of out Unions led by FUNAABSU And
GAPOSASU have blazed the trail by paying the
agreed sum to the Coffers of the Association.
• Stoppage of Frivolous Awards : The Very Few
awards we issued out were given to Deserving
Nigerians. The commercialization of NANS
Awards was totally Eracdicated.
• Successful Convention : Due to the Huge
Acceptance of Our Leadership, the Federal
University of Agriculture Abeokuta FUNAAB
was glad to host the 2017 NANS JCC OGUN
Convention which held on the 11th of February
2017. The Convention which Ushered in
Comrade Balogun Olawale Dhikrullahi aka
Movement from MAPOLY was adjudged as the
Most Peaceful in recent memory.
These Few Achievements amongst many were
due in no small measure to God, My
Executives, SUG Presidents, Stakeholders ,the
Media , Family and friends and the Ever
Supportive Nigerian Students.
A Special Appreciation goes to the State
Government led by Senator Ibikunle Amosun
CON, FCA who stood by us. We sincerely
appreciate your efforts even though out
greatest regret is not meeting with the
Governor personally to discuss the Myriads of
Challenges affecting our Students.
As we bow out gracefully, we pray that the
Almighty God grant the new Leadership the
wisdom to steer the ship of Aluta in Ogun State
towards the Promised land.
Aluta continua.
Comrade Dotun Opaleye Zamora
Chairman NANS JCC OGUN 2015/16
Team Ideological Rebirth
CC : Executive Governor, Ogun State
Secretary to the State Government
Commissioner for Education, Science and
technology
Commissioner of Police
Director, DSS
S.A Students Affairs
*CAMPUS REPORTER MEDIA* 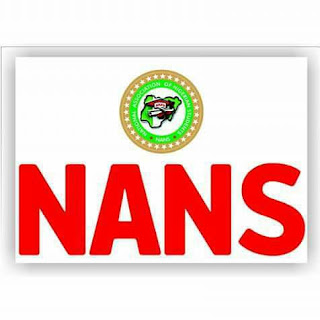